Greenlandic Inuit lawyer Aaju Peter is a singular figure in the fight for the rights of the Indigenous peoples of the Arctic, working to overturn the EU's seal-product ban, which ravaged her people's economy, and to establish a permanent Indigenous forum in the European Union. Through all of this, she is struggling with personal problems and a tragedy, and she is the protagonist, and the writer, of Danish director Lin Alluna's first feature-length documentary, Twice Colonized [+see also:
interview: Lin Alluna
interview: Lin Alluna
film profile], which has just world-premiered in Sundance’s World Cinema Documentary Competition.

Peter's personal and political story overlap throughout the film, but the director and editor Mark Bukdahl (Last and First Men [+see also:
film review
trailer
film profile]) first introduce us to its intimate aspects. Born in Greenland and educated in Denmark, she is painfully aware of the westernisation that she and other Inuit were subjected to. Her comments on colonisation and oppression are sharp and uncompromising.

Upon returning to Greenland, she met a Canadian Inuk with whom she moved to Nunavut, in the very north of the country, in 1981, where she has been living ever since. Her current, white boyfriend is abusive, and she is struggling to leave him despite her outward strength and no-nonsense attitude.

Tragedy strikes as her son commits suicide. It is a fact that young Indigenous men have the highest suicide rates in almost every country, and this is one of the topics that her human rights fight is concerned with, but she first has to go through her process of healing, and so she heads to her hometown with her brother. After this strangely short, dark and relatively uncommunicative central segment, she is energised, and starts writing a book entitled Twice Colonized and campaigning more actively for her cause.

However, this second half of the film feels rushed and fragmented, especially compared to the fluid and emotional first part. Peter travels to speak to other Indigenous peoples, such as the Sámi in the north of Sweden, and lobbies with (not overly welcoming) Danish parliamentarians, which we get in very short, quickly alternating bursts. Her speech at the EU headquarters in Brussels appears to be a huge success, but we only get a tiny snippet of it. It feels like the filmmakers could easily have allowed the picture to go on for another 15 minutes, with its captivating, dramatic narrative and powerful protagonist.

The way it is, the two aspects of Peter's story are not ideally balanced, but to an extent, this problem is overcome by the meaty subject matter, and the many nuanced intimate and political questions that audiences will undoubtedly have on their minds. Moreover, the inspired camera work by DoP Iris Ng (Stories We Tell), working with Glauco Bermudez and David Bauer, taking in both wide shots of icy Arctic landscapes and odd-angle close-ups that capture Peter's remarkable face, is often breath-taking.

The most original creative aspect has to be the music by Olivier Alary and Johannes Malfatti, and the way Alluna and Bukdahl use it. This mix of throat singing, percussion and strings at certain points comes in suddenly, in short bursts, as if to say, "Pay attention!" In other instances, it works just as well as a dramatic accompaniment.

There are a few short, fictionalised, oneiric segments, designed to depict Peter's inner struggle or, filmed on Super8, symbolise her westernisation in Denmark. These are a welcome addition to the overall atmosphere, and could also have been used to a greater extent.

Twice Colonized is a co-production between Ánorâk Film, based in Denmark and Greenland, and Canada's EyeSteelFilm and Red Marrow Media. Autlook Filmsales has the international rights.

"We believe a conversation across differences is essential for our evolution"

The Cineuropa Marketing Prize went to Twice Colonized by Denmark's Lin Alluna, which was presented as part of the CIRCLE Doc Women Accelerator

CANNES 2020: The training programme for women documentary filmmakers showcased four projects as part of Docs in Progress and announced the new generation of participants 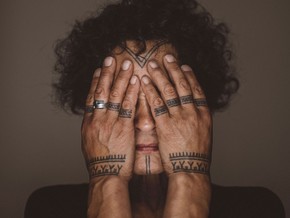 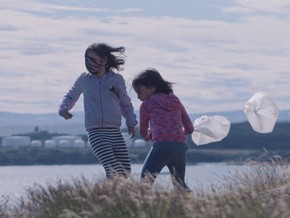 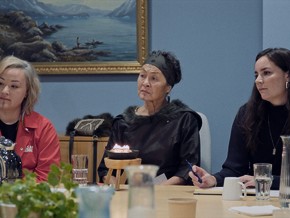 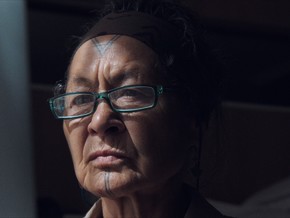