An intense artistic collaboration like that enjoyed by Francesca Reverdito and Riccardo Bernasconi could only have given rise to an equally intense and surprising (if not outright destabilising) debut feature film. In fact, Papaya 69, presented in a world premiere in the Solothurn Film Festival’s Panorama line-up, is an intentionally DIY and artisanal-style comedy which wears its difference with pride.

Shot with a crew of faithful collaborators, this first feature film by Reverdito and Bernasconi explores friendship, as well as family in the broader sense of the word. “Our family are the people we choose as such”, the director affirms, as if to remind us that feelings of closeness, of the more profound kind, aren’t necessarily confined to blood ties. Family means support and respect, accepting individual difference and mutually recognising the similarities which bind us together.

Eva, the protagonist of Papaya 69 (played by a long-term collaborator of the directors Rosanna Sparapano), is a young South American woman fleeing a violent partner and a life of exploitation and dependency. The film’s second protagonist is Rainbow (Valentina Violo), a former TV star who’s a victim of the success she enjoyed when she was younger which she now finds suffocating and traumatising. Unable to break away from the role she played when she was fourteen, Rainbow decides to make the most of her notoriety, offering up a “hot”, adults-only version of her former character via her webcam. A chance encounter between Eva and Rainbow helps the two antiheroines to free themselves from the grip of the violent, narcissistic men who seek to control their every move - an unexpected and decidedly eventful encounter which will allow the two protagonists to make peace with their past.

Faithful to an artistic universe which might be described as artisanal (a term which the two directors use with pride), Papaya 69 sees Reverdito and Bernasconi offering up a bittersweet comedy where the tragedy of real-life blends seamlessly with surreally light situations and characters seemingly borrowed from an Almodovar film. The costume choice (which Reverdito herself stage-managed with surgical precision) is also Almodovarian, with its delightfully ‘80s bright colours and vintage style. As the directors themselves have explained, everything in their films is “reclaimed”; whether costumes or accessories, in true ecological and, in some respects, decidedly modern, thrifty spirit, nothing is thrown away. Reverdito and Bernasconi are looking to make a different, deliberately imperfect kind of cinema, which is subsequently more direct and intimate. Freedom impregnates each and every image, reflecting an artistic universe unyielding to fashion or trends of the moment. The driving forces behind the films created by the directorial duo are their own personal tastes and the beauty of a cinematic world which has become increasingly complex and changeable over the years. Papaya 69 is the perfect embodiment of this free spirit, the nerve or perhaps recklessness of two directors who live their art in 360 degrees. The characters in their latest feature film are outsiders who are trying to survive in a world determined to silence them purely because they’re different; damaged goods whom we’re better off distancing ourselves from. Through Bernasconi and Reverdito’s lens, these very characters get to cry out their pain and turn wounds of the past into weapons for fighting an underground revolution, one which is slowly rising to the surface. Ultimately, Papaya 69 is a seemingly light and straightforward film concealing a rebellious and indomitable heart. 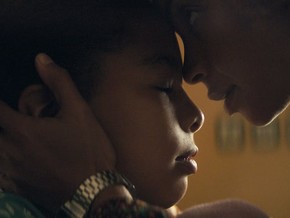 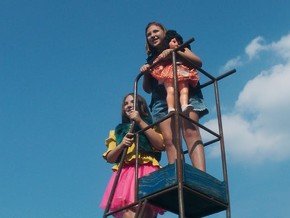 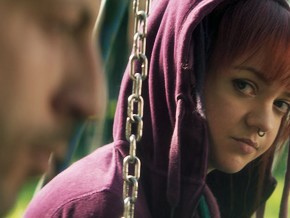