It’s not easy to make documentaries about war these days, and it’s not easy to watch them either. Not just because their often-harrowing content is too much to bear, but because people are so used to it now. Images of conflicts, of violence, of unbelievable pain just keep on pouring in, every single day. Every day, someone gets hurt, and the world stays silent. How’s that for an optimistic beginning?

Damascus-born journalist Lina – adopting that name, and many others, for security purposes – finds a way in, however. She is not continuing the tradition of showing strange people suffering in some strange land. The distance, the so-called “objectivity”, is pretty much gone this time – these are her friends she is talking about, her home. Maybe that’s why 5 Seasons of Revolution [+see also:
trailer
interview: Lina
film profile], ten years or so in the making and now world-premiering in the World Cinema Documentary Competition at Sundance, feels messy at times. When your world is imploding, there is no keeping one’s cool and no coming up with a smart comment.

The film, which boasts Laura Poitras as an executive producer, shows the horrors of the Syrian war, that’s true. But it would best be described as a movie about friendship, about stolen youth, and that’s what makes it affecting. While Lina’s voice is a constant, you probably don’t even need it. Seeing all of these happy young people losing their hope or questioning their beliefs is a clear enough message.

Which is not to say that this is simplistic work – with its many protagonists and even more tragedies, there is a lot to unpack, and things get confusing. Lina, debuting as a filmmaker, is clearly figuring things out herself, looking for her own voice and for her story. She interviews wounded people, staring at the camera as if expecting answers or maybe just wanting to be seen, shows the destruction and mentions the deaths. And then she comes back home, to her friends, who had made big plans for the future before someone decided to take it all away.

You get to know them a little, and like them, too. Someone smokes way too much, someone gets too angry. But when they sing, “Happy birthday, revolution,” you sense the hopelessness of it all. The growing realisation that no one will help, although “they said the world was outraged.” They said that about Ukraine, too.

Lina, always describing the worst days in the calmest possible manner, shows there is strength in community. “They took Rima. I decided to feed her cats,” goes one practical, loving statement. But as the months go by, ideas evolve and people start fighting, admitting “the cost is no longer acceptable”. They grow and change – and so does their friendship. They accept sadness as their newest companion. When you compare the very first images of them having fun, feeling free, to them driving around their “smug” city, looking for demonstrations and finding nothing, it’s like a punch to the stomach.

5 Seasons of Revolution is a German-Syrian-Dutch-Norwegian production staged by Diana El Jeiroudi (No Nation Films), Docmakers and Piraya Films Norway.

more about: 5 Seasons of Revolution

In Lina’s affecting doc, ten years in the making, war is very much personal

These projects hailing from all over the world will take part in the nineth edition of the market, organised within Venice Production Bridge which is unspooling 2 - 4 September

The event, which will take place from 10 to 14 April, will welcome in person 27 projects in three different forums: VdR-Pitching, VdR-Work In Progress and VdR-Rough Cut Lab 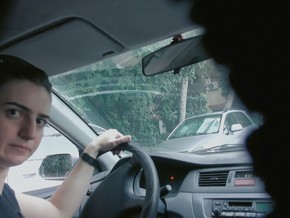 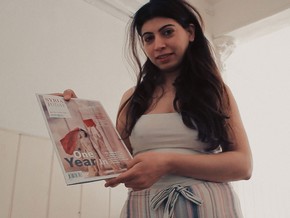