24/01/2023 - A mother and daughter, two recent African immigrants to Glasgow, take solace in one another amidst domestic and personal instability, in Adura Onashile’s feature debut

Chief among the virtues of Adura Onashile’s Sundance-premiering Girl [+see also:
trailer
interview: Adura Onashile
film profile] is the impression it gives of emotional truth and transparency, whilst delicately guarding certain particulars of the plot, backstory and motivation at arm’s length. This also happens to be a trademark of Claire Denis, one of the hippest and most pervasive influences on contemporary festival films; it’s a boon, after so many years of convention-hewing and stylistic conformity, to see British social realism opening itself up to a chancier sense of artistic ambition. Girl takes a plot foundation of immigrant striving and resilience that would be typically couched in miserablism, but instead makes it sensuous and fluid, as warm as the breath of the mother figure in this film, as she nestles her dozing, near-pubescent daughter in her bed.

Grace (Déborah Lukumuena, the French actress crowned with a César Award for Divines [+see also:
film review
trailer
interview: Houda Benyamina
film profile] in 2017) is undergoing an emotional and moral crisis as she attempts to steer her daughter Ama (Le’Shantey Bonsu) into a comfortable, integrated British existence – they emigrated recently from an unstated African country, where it’s heavily implied through flashbacks that Ama was born of rape. From their treasured home in a Glasgow tower block, depicted with some of the threatening austerity of Andrea Arnold’s own debut, Red Road [+see also:
trailer
film profile], Grace goes to do a nighttime cleaning shift at a nearby shopping centre, but not without counting each footstep of her commute, in symptoms that resemble OCD. Meanwhile, Ama has fallen under the partial supervision of the social services, with her erratic attendance and performance at primary school causing concern and initiating several intimidating meetings with a social worker, backed by her class teacher. In these classroom showdowns (however endowed they are with the best of intentions), Onashile deftly shows how Ama is bursting to voice her discordant thoughts, but not through the direct or verbal means that would placate these concerned figures.

A fire scare – chillingly evoking the UK’s Grenfell Tower disaster of 2017 – and the estate’s ensuing clearing out for higher-end residential housing, puts the mother-daughter pair in a guest home under the kind supervision of the owner, Samuel (Danny Sapani), an earlier immigrant of Afro-Caribbean descent to the UK, which will again remind domestic viewers of state hostility to that “Windrush” generation. But it’s in this passage of the narrative where Onashile’s background in theatre makes its presence most effectively known, as Lukumuena is expertly coaxed by her direction into heavily physicalised gestures, substituting, akin to the classroom scene, for her ability to express her mental distress and fear to the concerned parties, with the prospect of Ama being taken into child protection looming.

Still, a dominant reaction to Girl is that it’s a more persuasive showcase for Onashile’s talent overall and in isolation, rather than a film that fully arrests. In spite of every sensitive directorial decision, and the authenticity of on-the-breadline British life she fully conjures, Girl, from its familiar and previously used title on down, still leans towards the generic and cautious in key respects, as we wish its absolute filmmaking confidence applied to every element – especially the fatalistic story progression – of its production.

Girl is a UK production, staged by barry crerar. Its sales are courtesy of Poland’s New Europe Film Sales.

"I didn't want to do any sensationalisation or dramatisation"

We talked to the Glasgow-based filmmaker about her directorial debut, a very intimate portrait of the relationship of a mother to her daughter

A mother and daughter, two recent African immigrants to Glasgow, take solace in one another amidst domestic and personal instability, in Adura Onashile’s feature debut 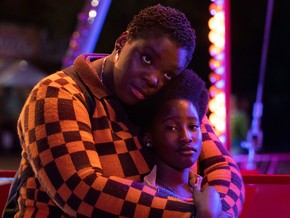 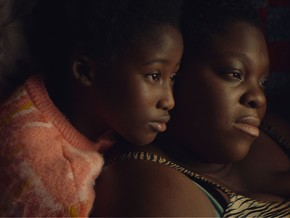