As unfair as it might sound, women are just used to being afraid. It becomes a part of your life, frankly – discreetly checking if someone is following you at night, wondering if a guy you just texted is, in fact, a psychopath with a torture chamber. This sensation, one that doesn’t even influence your daily routine because, fuck, it’s just always there, is something that Susanna Fogel captures very, very well in her Sundance Premieres movie Cat Person.

Margot, a college student (CODA’s Emilia Jones, on double duty this year with another Sundance pic, Fairyland), does all these things, too. She calls a friend while walking down a dark street, probably just to know that someone is waiting for her, and she is afraid of every sound. Later, she will imagine violent, terrifying scenarios when standing right next to the person she’s on a date with. And then, well, she’ll meet him once again.

This is the moment when one could start questioning this character’s logic: if something feels off, and if you don’t actually feel safe, why continue? But, again, it’s something that’s always there. The (very) tall, dark stranger she meets at a small cinema where she works (Nicholas Braun, Cousin Greg from Succession) is not completely clueless, and an awkward reassurance of “I am not going to kill you” happens as well. But the failure to honestly communicate with each other – in real life, as they are great via text – and the increasingly uncomfortable results of this, are hard to witness sometimes. Mostly because they feel real.

Fogel has made an odd film, where common fears clash with surprisingly campy scenes: you get Isabella Rossellini announcing, “People choose to be scared” while also caring for ants (it’s a long story). There is love – and hate – for cinema in Cat Person, and even Harrison Ford gets trolled for his characters’ behaviour towards women. There are OTT supporting players, singing Into the Woods. It’s a wonder it’s not set during Halloween – the set-up, the dread and the exaggeration are already there. When something terrible finally happens, it’s almost a relief, in a twisted way. At least Margot didn’t waste all that time picturing it.

It's very possible that Cat Person – based on a popular short story by Kristen Roupenian, published in The New Yorker – will anger some people. Fogel doesn’t make anything easy here and doesn’t go for obvious villains, unlike last year’s revelation Fresh, for example, although it does follow a similar path of sweet, innocent courtship gone wrong. We can talk about consent all we want, or even “the dreaded dick pic”, but not much will change until women, especially young women, stop caring about trying to please everyone else and put themselves first. “Say: I have changed my mind,” pleads one version of Margot to the other after she literally starts dissociating from what is happening to her, and her body, but the pressure to be seen as a cool girl or actually – given this pair’s age difference – as a grown woman is so strong. It’s so recognisable that it breaks your heart, and all you want to do is to take a long shower. 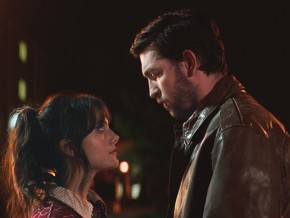 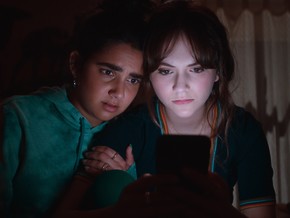