17/06/2005 - Olivier Smolders’s first full-length feature film, is a kind of nocturnal nightmare, inspired by the narrative model of the Surrealists, a story shattered into a thousand fragments

Nuit Noire [+see also:
trailer
interview: Olivier Smolders
film profile], Olivier Smolders’s first full-length feature film, is a kind of nocturnal nightmare about doubles (in the sense of "spitting images") and also about motherhood, the latter approached not from its painful, religious side but from a pagan angle, proclaiming fertility and the regeneration of the species.

Nuit noire follows no specific chronological order, even if there is a guiding thread or, better still : a grid full of holes that the audience is invited to fill. From then on, as in our own nocturnal life, associations of ideas are but grist to the mill. The challenge lies in interpreting the meanderings of the unconscious Oscar, the entomologist whose nocturnal footsteps we follow. Dreams reflecting reality or vice-versa? Far from obvious when you know that the subconscious has a mind of its own (so to speak) and that when you become aware of the Freud Slip, when you "frame" it as soon as it freezes, you are embalming it. But isn’t that precisely the role of the cinema, to embalm reality, to retain fragments thereof ? Olivier Smolders returns to this subject again and again, integrating the projection of Super 8 black and white films, in continuity, into colour. The treatment of the repressed person is thus shown to us in all its brutality and apparently most irrational links, just like those exquisite corpses so beloved of the Surrealists.

At first little inclined to undertake a film which, following the problems that art-house cinema experienced trying to elbow its way into a world of commercial imagery, seemed to him no more than an exercise in vanity, he wrote the script for a short film that spiralled into a full-length film. Reason proposes, desire disposes. To avoid the pitfalls of psychologism and sentimentalism, Olivier Smolders drew inspiration from the narrative model of the Surrealists (collages, quotes, commonplaces, burlesque provocations) spending almost ten years taking notes. Reading La Part de l’ombre, we witness the making of Oscar and the rapid demise of Marie-Neige. An intolerable absence that forms the guiding thread of a story shattered into a thousand Humpty-Dumpty-esque fragments which the audience is left to their own devices to put together again. And this in spite of the countless number of producers pressurising Smolders into devoting himself to a recognised genre – fantasy – in order to reassure their sceptical financial partners.

The author emphasises that Nuit Noire, born of his passion for insects, is meant to be a film "of visual and aural sensations", the bearer of a certain penumbra." The impression of darkness is therefore essential, "shiny charcoal" like insects and their swarming. Insects being "the children of the night ".
But Nuit noire is not just a film which plays on the referent, which highlights, in order to play around with them, stereotypes, chromos, postcards and clichés; it is also a film which, through its special dilatation of space-time, draws the audience into day-dreaming and bifurcation, providing them with a game of snakes and ladders which they can, following the thread of their perception, play once or over and over again. Olivier Smolders asks us over to play, opens his toy cupboard and lets us all be filmmakers. He brings us a fragmented world that confronts desire with fantasy, hot with cold, and art with icons of St. Sulpician. The colonial Africa aspect as revealed through the popular tales that the continent engendered (we’re thinking of the inserted old black and white clips from films by André Cauvin) will take you back to Herge’s Tintin in the Congo or Jacques Martin’s La Griffe Noire (The Adventures of Alix). "Give me mystery to suspense any day." confesses Smolders. Don’t say we didn’t tell you.
We could never forgive ourselves if we didn’t mention the work on colour carried out in every shade of gold, ochre and Sienna brown under the sun, made possible by use of the Viper Thomson digital HD. Or the soundtrack signed Miam Monster Miam, a composer for whom Smolders subsequently wrote some of the songs that appear on his latest CD, which has just been released under the title Soleil Noir.

As Nuit Noire is a film which prompts polysemy, we would recommend that you go see it in company. When the credits start to roll, you’ll discover that you haven’t been watching the same film.

Olivier Smolders’s first full-length feature film, is a kind of nocturnal nightmare, inspired by the narrative model of the Surrealists, a story shattered into a thousand fragments

"The Author and his double"

One of the most innovative figures in cinematic – particularly Belgian, but also experimental – circles

"A film that would tell a tale through the shards of a broken mirror or, a story that could be viewed through the distorting glass of a kaleidoscope"

This week will clearly be the week of Belgian talent. The star of the day is Johnny Hallyday, the undisputed and indisputable star of France’s rock scene for 30 years, who is making a spectacular...

Since Saturday and until the 15th of October, 11 cinemas in the Essonne neighbourhood, in Parisian suburbs, will participate in the 7th European cinema festival of Cinessonne. A high quality...

A total of 100 films from 19 countries will screen this year at the 11th Lund International Fantastic Film Festival (September 16-25), with at least 70% of the festival’s programming originating...

The new edition of Cinergie revisits Cannes, following the Belgian presence on the Croisette through articles by journalists who were on the spot and reliving especially the triumph of L'Enfant...

With the Cannes Film Festival, the new issue summary of Cinergie is reviewing matters of all Belgian films at Cannes. There are actually a few of them since on top of the Dardenne Brothers there... 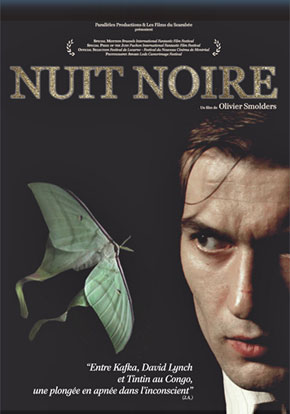