Krauze’s Nikifor sweeps the board

Polish director Krysztof Krauze was the big winner of the 40th Karlovy Vary International Film Festival. His film Moj Nikifor (“My Nikifor”), a biography of famed Polish painter Nikifor Krynicki, is going back home with the best picture award. Krauze himself was given best director while actress Krystyna Feldman, an 85-year-old actress who plays the main male character in the film, was given the best actress prize.
“Not bad” tried to joke an evidently emotional Krauze when on stage to receive the top award of the night, that of best film, accompanied by a cheque for $ 20,000. The jury, headed by British director and producer Michael Radford, unanimously picked the Polish entry among 13 others for “the originality of the story and the execution of the film”. Krauze’s film had earlier won a special mention by the International Association of Film Societies.

Italian Luca Zingaretti, who was praised for his depiction of mafia-fighting priest Giuseppe Puglisi in Roberto Faenza’s Alla luce del sole (“Come into the light”), shared the best actor’s award with Israel’s Uri Gavriel.
The Austrian-Russian co-production Ragin, directed by Kiril Serebrennikov, won the top award in the East of the West section. Wojtek Smarzowski’s highly entertaining Wesele (“The wedding”) received a special mention in the section which turned competitive for the first time this year.

From the non-statutory awards, the international film critics’ FIPRESCI prize went to Danish-Chinese co-production Kinamand (“Chinaman”) directed by Henrik Ruben Genz. Czech Television’s Independent Camera for the best work in the Forum of Independents was reserved for Argentinean Lisandro Alonso and his film Los Muertos (“The dead”).
More than 142,000 people watched the festival’s 517 screenings, almost 20,000 up on last year. The 41st edition of the festival will be held June 30 – July 8, 2006.

more about: My Nikifor

Krauze’s Nikifor sweeps the board

From Malgorzata Szumowska to Agnieszka Holland, and from young cinema to classic films, Polish movies are being showcased at Berlin and Wiesbaden

Crime thriller Waterline stands out from the crowd at Tofifest

Papusza, the mother of all cursed poets

With this gipsy biography, Joanna and Krzysztof Krauze are back in competition in the International Film Festival of Karlovy Vary where they won a Crystal Globe in 2005 with My Nikifor

Papusza competing for the Crystal Globe

The massacres that took place in Rwanda in 1994 at the height of the ethnic conflict between the Hutus and Tutsis will be the focus of the forthcoming film by Polish directors Joanna and Krzysztof...

Ryszard Bugajski, the director of Interrogation, the legendary 1982 film that uncovered the cruelty of communism, has just begun shooting his new title, General Nil. In his new film, Bugajski...

The agony of family life at Karlovy Vary

Two Competition films from directing duos at the Karlovy Vary International Film Festival look at the everyday difficulties of family life: the Polish Saviour Square and the Spanish Pudor. Saviour... 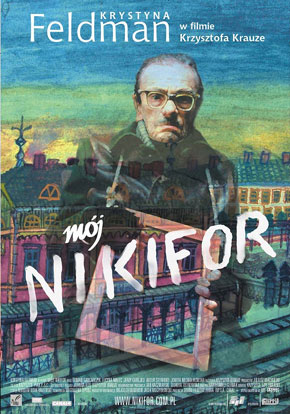