Brazilian Fernando Meirelles drew curiosity, if not shock, three years ago with the narrative structure and use of colour in his City of God (Cidade de Deus, four Oscar nominations). And now, an international co-production gave him a chance to direct a political thriller based on a book by John Le Carré, The Constant Gardener [+see also:
trailer
film profile], in competition at Venice.

Political activist Tessa Quayle (Rachel Weisz) is found murdered in the far north of Kenya. The motif for the crime appears at first to be passion, but the husband of the victim (Ralph Fiennes), diplomat with the British High Commission, refuses to believe the notion that his wife was unfaithful. His personal enquiries lead him to the discovery of a conspiracy within the pharmaceutical industry and complicity at the very heart of government.

The character of Tessa was inspired by a real person, a woman called Yvette Pierpaoli, volunteer and activist, found dead in Albania in 1999 in mysterious circumstances. The success by screenwriter Jeffrey Caine in meeting the challenge of adapting a novel which confronts such a burning issue, dealing with the responsibility of the pharmaceutical industry in its dealings with developing countries afflicted with epidemics such as Aids, tuberculosis and malaria (the latter kills a child every 20 seconds), can be traced to Meirelles' curiosity and brilliant direction. "I read a lot about the subject over the years, for example on the Oxfam site, and I understood that making a film would be a good opportunity to provoke the pharmaceutical lobby", déclare le réalisateur.

The Constant Gardener was produced by Focus Features, UK Film Council, Potboiler Productions and Scion Films . The UK release is set for the 7th Ocotber.

more about: The Constant Gardener

Directed by Mick Jackson, the film on the trial that pitted an American academic against British negationist historian David Irving is in the festival’s official selection

Other competition titles include Goodnight Mommy, Party Girl, The Sunfish and Calvary 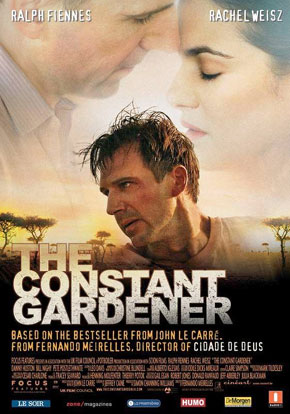