24/11/2005 - Combining quality cinema with festival acknowledgement and box office success is a tricky task. It seems that Bohdan Slama has got the recipe with that film regarded as the pleasant surprise of 2005

Bohdan Slama is a person who does not chew his words when it comes to reveal what he likes best and what he does not.
He is an avid hater of gun culture in films and a lover of emotions. His characters are people next door rather than cartoon inspired ones. His obsessions are with the human nature rather with what the human nature produces ("it is about human emotions, everything else is the means, not the story" he argues).
Like in his previous feature, Wild Bees, Slama sets his story ("miracles of ordinary loves" as the official communiqué puts it) against a countryside backdrop, a town far away from the feel-good atmosphere of the capital Prague. In that respect there is something autobiographical about the feature; Slama also spends his family life away from the centre. But that’s not where the autobiographical influence, so to speak, ends.
His film characters might be less of a creative mind than he is but, just like him, they are full of emotion (some may call it "passion") and everyday worries which are never glorified but are exposed the way they are. Surely, it must be art to depict things the way they are in contemporary cinema.
Slama’s (and his producer’s) artistry is also in the casting. Their choice of acting talent is a proven Czech trio – Tatjana Vilhelmova, Pavel Liska and Anna Geislerova , with the first two also featuring in Wild Bees.
Slama, again not munching any words, is the first to admit that there wouldn’t be a film if it weren’t for this blessed trio of performers and the free hand that he has received from his producers, namely Pavel Strnad’s Negativ Film Productions, who, by the way, he now considers as his "own people, the ones that are on the same frequency as he is".
He has every reason to praise his producers. Filming lasted for almost two years and the film’s budget, while not outrageous by European standards, was double the Czech average at nearly € 1,5 million.
He is stunned by the success of the film at the Czech box office and the numerous awards the film has received around the world, but for him "the story (of this film) is over". He has finished it, he says, he delivered it and he is looking forward to his new project. But, no matter what he says, the story is not over yet.
In places like Czech Republic festival awards are good and are, of course celebrated. But the Oscars remain the epitome of the definition of the word "award". Slama’s previous film Wild Bees was chosen to represent Czech Republic in the Academy Awards for Best Foreign Language Film in 2002. Back then, it might have been too early for him.
His second feature Something like Happiness (Stesti) [+see also:
trailer
interview: Bohdan Slama
interview: Pavel Strnad
film profile] is again chosen and in with a chance of being shortlisted. It is just that this time round the trip to Los Angeles in March increasingly looks like a possibility rather than a probability.

Pavel Strnad had a good feeling before embarking on the project with Bohdan Slama, simply because he has seen his previous work

Pleased when the viewer is pleased

His films, he says, are everyday stories that are told by him and judged by the viewer. If they accept them, it’s fine. In any case, he has to move on and prepare yet another tale

Combining quality cinema with festival acknowledgement and box office success is a tricky task. It seems that Bohdan Slama has got the recipe with that film regarded as the pleasant surprise of 2005

The programme, spanning the last 14 years, will feature 50 films from the region

With A Country Teacher, Czech auteur Bohdan Slama again presents his unique and challenging vision of a world in which happiness is not always what we expect

A Country Teacher hits the Lido

Bohdan Slamá’s third feature film, A Country Teacher, perceptibly moved audiences after its public screening tonight, earning a long applause and a standing ovation. The story about a gay,...

Why Not pin their hopes on Slama

Well prepared in the run-up to the Cannes Film Festival (May 14-25) – with impressive titles such as Arnaud Desplechin’s Un conte de Noël (“A Christmas Tale”, see news), Claire Denis’ White...

Having set up their stall outside the European Film Market, as they did last year, French international sales company Wild Bunch have arrived at the 58th Berlinale, which kicks off tomorrow, with... 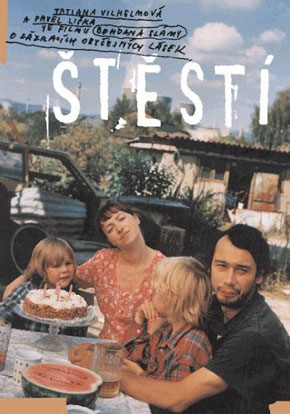