Yesterday evening was a triumphant one for French director Bruno Dumont, who left the press food for thought following the screening of Flanders [+see also:
trailer
film profile], his new, radical masterpiece presented in official competition.

Winner of three awards at Cannes in 1999 for L’Humanité, for this film the director chose to return to his favourite locations (in his hometown of Bailleul, in the north of France) and tried and true method of using non-professional actors, which have brought him success in the past.

A wholly successful comeback for Dumont, the film deals with the impact of war on a human existence closely tied to nature (both animal and vegetable). Centred on the character of André, a young farmer called to serve his country in a conflict taking place in a faraway desert, Flanders opens with conventional scenes of country life (the slow pace, working the land, evenings in the bar sitting around the fire drinking beer).

The first part is filmed with powerful mastery, alternating between close-ups that scrutinise the slightest facial expressions and details of nature (the ground, trees) and beautiful long shots of the arid plains and meadows of an autumnal Flanders. And, as always with Dumont, a bestial sexuality dominates the relationship between André and Barbe, the pretty local nymphomaniac.

War breaks out in Arab territory, in stunning deserts surrounded by mountains inhabited by men with shaved heads, fighting and brutal dialogue. Patrols, ambushes, death, fear and survival – all treated matter-of-factly and without pretentiousness – ignite hatred in the soldiers and lead them to murder (mostly children), rape, cowardice and betrayal. Although André escapes this infernal spiral of blind revenge, he nevertheless carries within him the heavy burden of the horrors he has experienced.

He returns home the following summer and is reunited with Barbe, who has become a sort of disturbed and psychic Ophelia. He weeps his tears of remorse to her, accompanied by a final litany of “I love yous” to drown out the blood and nightmares.

An exploration of violent and complex human desire depicted brilliantly through very controlled directing (and reminiscent of Kubrick’s Full Metal Jacket), Dumont’s raw and highly original style (in terms of framing and sound, among other things) sets him apart from his French contemporaries.

Produced by Jean Bréhat and Rachid Bouchareb for 3B Productions, the €2.12m film received advances on receipts of €400,000 from Arte France Cinéma, €450,000 from the CNC and €200,000 from the Nord-Pas-de-Calais region. Films Distribution is handling international sales.

The CNC will also be backing the upcoming films by Nicolas Pariser, Yossi Aviram, Yolande Zauberman and Claus Drexel

The company will be at Berlin selling the Luxembourgian director’s film, which will be unveiled in the Forum, in addition to the forthcoming movies by Bruno Dumont and Sharunas Bartas

The upcoming works by Stéphane Brizé, Mehmet Can Mertoglu and Whit Stillman will also be co-produced by the film arm of the Franco-German channel

CANNES 2014: Having a whale of a time playing around with the conventional police-enquiry genre, the French purist arthouse filmmaker has made an astonishing off-the-wall, and very funny, mini-series

France charges nine-strong to the Fortnight

Camille Claudel 1915, Elle s'en va and The Nun to represent French cinema in the hunt for the Golden Bear 2013 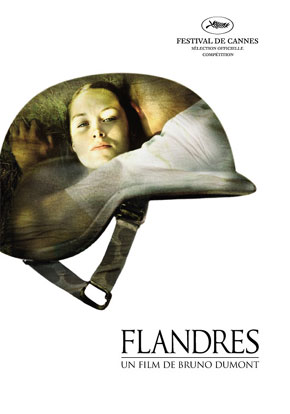