Retrieval : Journey to a cruel world

Viewers were taken on a journey to a merciless Poland this afternoon, with the Un Certain Regard screening of Retrieval [+see also:
trailer
film profile] (Z Odzysku), the debut feature by Slawomir Fabicki, the Oscar-nominated director of the 2002 short film Meska Sprawa.

Opening with an accidental, underground death in a cement works, the film takes place in a small poverty-stricken town whose young generation faces an uncertain future. This uncertainty is embodied by the life of Wojtek (Antoni Pawlicki), a 19 year-old boxer who practices this noble sport in secret betting halls, and works in a pigsty while waiting for something better to come along.

Helped by a mafioso money collector (Jacek Braciak), Wojtek does everything in his power to give his Ukrainian emigrant girlfriend (Natalia Vdovina) money and love, in a sombre world where violence reigns. From nightclubs to peep shows, he will learn the rules of the game of physical and psychological threats ("We can make a man out of you if you’d like"), while bringing us on a conscience-stricken journey in which he has to lie to those he loves the most: a painful experience, from which he struggles to recover.

Filmed for the most part with a hand-held camera in constant movement and remarkably capturing crowd scenes, Retrieval succeeds in depicting the protagonists’ gloomy lives and their prevailing aggression, with melancholic feelings that are wonderfully rendered by DoP Bogumit Godfrejow. While the story is fairly typical, the filmmaker does not hesitate to allow the scenes of violence to escalate, which made some viewers uneasy.

The film’s producers are now looking for an international sales agent, as is the second Polish film at Cannes, The Boy on a Galloping Horse by Adam Guzinski, which screened out of competition on Saturday. Polish cinema is well represented at the festival this year by these two young filmmakers.

Having first come to attention in the Un Certain Regard section at the Cannes Film Festival 2006 with his debut feature Retrieval, Slawomir Fabicki (pictured) has just started shooting on Love....

Adaptation of Oksanen’s Purge among 12 projects at Baltic Event

The screen adaptation of Sofi Oksanen’s award-winning novel Purge,, to be produced by Finnish production powerhouse Solar Films, is among 12 projects from nine countries that have been selected...

German cinemagoers in Berlin and Potsdam will have the chance to discover a vast panorama of new Polish cinema at the 5th FilmPolska Festival, which opens tomorrow. Lasting until April 21, the...

Having won acclaim for his debut feature Retrieval – which was lauded in the Un Certain Regard section at Cannes 2006 (see article) and enjoyed success on the festival circuit (Gdynia,...

Created as a launching pad for young directors from Central and Eastern Europe, the Moveast festival has unveiled the titles of the 13 films that will vie for the Golden Benjamin Award at its...

Young director Marcin Wrona – a graduate of the Andrzej Wajda Master School and winner of the Polish edition of the Hartley-Merrill competition in 2007 – is currently shooting his debut feature.... 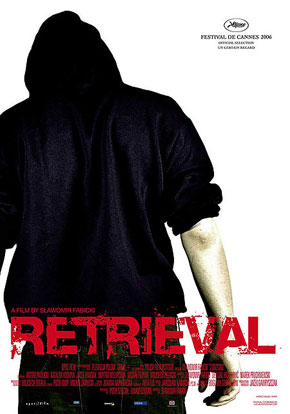 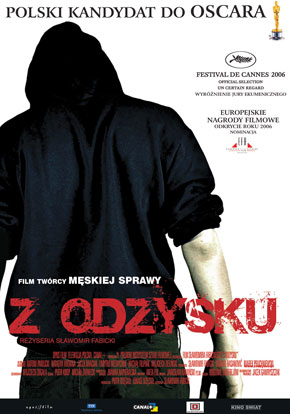