Jean-Charles Fitoussi is no stranger to French cinema. His first feature, The Days I Don’t Exist (Les jours où je n'existe pas), a laconic and enchanting fable that recounts the story of a man that lived only one day in two, was released to high acclaim in 2003.

The film was made between June and October 2005 in Rome on a mobile phone while Fitoussi was staying at the Villa Médici (the most important artists’ residence financed by the French government). While it is not the first time that a director has used this technology to make a film, it is the first time that the technology truly gives a film its meaning and form.

Nocturnes pour le roi de Rome does not feature any characters on screen, only off-camera voices. With quite a strange tonality, the film is the story of a musician who returns to Rome haunted by the places where he first composed his "Nocturnes pour le Roi". The film does not, however, reveal which king is being referred to and this Nocturne is based on silence, the night, recollections, everything that lies between us and reality and the power of memories.

Slow sequences and high-pixel grainy or saturated images let loose on the screen phantom forms; abstract images and ones that closely resemble paintings; indecipherable images that come from there where phantoms are born, as is evoked in one of the first lines of the film: "When he crossed the bridge, the phantoms came to him."

Overflowing with music and evanescent images, the film is an overwhelming meditation on memory. Starting with a woman whom he loved, who disappeared among these places, a story is reconstructed. And when death awaits him, the old musician is full of wonder: "Everything is perfect," he says. The same grace marks the film from start to finish.

European films make up the lion’s share of the 19 new releases hitting French theatres on December 30 and January 6, thanks in particular to several films unveiled on the Croisette. On Wednesday,...

The programme of the 6th Era News Horizons International Film Festival includes 522 films. The event, moved this year from Cieszyn (on the Polish/Czech border) to one of Poland’s most open and...

Jean-Charles Fitoussi is no stranger to French cinema. His first feature, The Days I Don’t Exist (Les jours où je n'existe pas), a laconic and enchanting fable that recounts the story of a man... 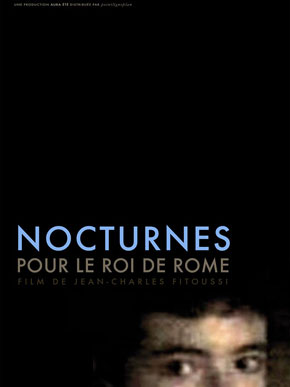