The Wind That Shakes the Barley

...‘Red Ken’ who makes films to stirs up consciences and loves political debates, has never received such a fierce reaction from the UK press on the eve of the film’s UK and Irish release on June 23.

Of course, by choosing to tackle the struggle of the Irish Republican movement for independence from the British in the 1920s, Loach knew his would raise controversy back at home. And his suggestion that the film is a metaphor for the Iraq war has further stirred up the personal attacks against him. But the viciousness of some sections of the UK press (mostly right-wing) who have accused him of loathing his country and of using public funds (from the UK Film Council) to make this ‘anti-British movie’, must still have shaken the soft-spoken and gentleman-mannered Ken Loach. Yet The Wind... [+see also:
trailer
interview: Ken Loach
interview: Rebecca O’Brien
film profile], the sixth collaboration with scriptwriter Paul Laverty and Loach’s second film set in Ireland (after Hidden Agenda which won the prix du Jury in Cannes 1990) is first and foremost a pamphlet against any imperialist power occupying a nation, told through the fictitious story of two Irish brothers fighting for the Independence of Ireland in the 1920s.

Loach who has been drawn to this subject for over three decades, can be praised for going back on an episode in Irish history rarely tackled before: the turbulent period of the early 20th century Ireland when workers from field and country united to form volunteer guerrilla armies to face the ruthless "Black and Tan", British soldiers sent from Britain to block Ireland’s bid for independence, until the declaration of a truce and the signature of the Anglo-Irish Treaty in 1921. In The Wind..., the heroes are doctor-to be Damien O’Donovan (convincingly played by Cillian Murphy), and his elder brother Teddy (Padraic Delaney). Damien at the beginning is reluctant to join the guerrilla groups led by his brother, but is gradually convinced by the brutal behaviour of the Black and Tans and the torturing and killings of many of his peers. A real idealist, he remains faithful to the cause of total independence for Ireland defended by the IRA whereas his brother, much more pragmatic, eventually enrols with the Free Staters, preferring a practical solution with the British to a struggle for independence. The brothers’ different political views’ forces them to make a dramatic choice at the end.

Shot on location in Ireland’s Cork and Kerry for seven weeks under difficult weather conditions, The Wind... is one of Loach’s most ambitious films in scope with Land and Freedom, supported by an impeccable cast neatly lenced by Barry Ackroyd. Very linear in its construction and effective in delivering its political message, the film lacks however in the emotional charge to make it one of the director’s best film ever.

more about: The Wind That Shakes the Barley

A labour of love

Ken Loach’s long time production partner Rebecca O’Brien has built a wide network of European financial partners on which she can count, year after year

Remember the past to understand the present

Speaking in Cannes at the British Pavilion to an audience of film professionals and fans of his work spanning over 3 decades...

The Wind That Shakes the Barley

Ken Loach who just turned 70 on June 17, has much to celebrate. Winner last May in Cannes of a Palme d’or for The Wind That Shakes the Barley...

By establishing the new Director’s Hub platform and reinforcing the successful Training Ground and Pitching Forum, the Portuguese festival is intensifying its focus on film professionals

Lance Daly's latest feature, a period drama based on the events of the tragic 1847 Great Famine, has grossed over €1 million in Ireland

Macedonian-Swiss director Mitko Panov presents his latest feature film, a manhunt in the heart of the Balkans

Other films selected at the Irish festival include Gerard Walsh’s South, Risteard O'Domhnaill’s Atlantic and Xuban Intxausti’s In Dialogue

The Palme d'Or goes to I, Daniel Blake

CANNES 2016: The film industry’s most gentle and powerful advocate of the people, the great Ken Loach, returns to the Croisette with a deeply moving film 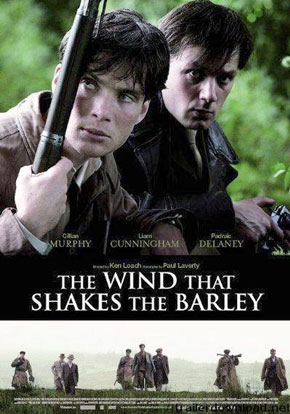