Sounds of Sand in Spain

For her new feature, Hänsel travelled to the far-flung location of Djibouti, Africa to film the screen adaptation of the eponymous novel by Marc Durin-Valois.

Sounds of Sand, the tale of an exodus of a family forced into exile because of the threat of imminent war and a relentless drought (see Making Of), once again tackles themes already dealt with by the director in her previous films, in particular in Clouds: Letters To My Son.

The film’s lead roles are played by two actresses well known in Belgium for their theatre work: Burkinabè actress-dancer-director Issaka Sawadogo, a favourite of Nicolas Provost (whose short Exoticore picked up a string of awards before its recent selection at Sundance) and Carole Karemera, who recently appeared in Sometimes in April by Raoul Peck.

Sold internationally by Dutch outfit Fortissimo Film Sales, Sounds of Sand will be distributed in Belgium by Cinéart and Bac Film in France.

more about: Sounds of Sand

The Belgian director has just begun the shoot for her new film, co-written with Hubert Mingarelli

La Tendresse, a comedy of manners with autobiographical aspects directed by Marion Hänsel, is released today in Belgian theatres

On October 11, Nicolas Provost started the seven-week shoot for his debut feature, The Invader. Inspired by his short film Exoticore (which won numerous awards at international festivals), The...

The Festival of Belgian Cinema, which runs from December 26-30 in Brussels, will offer a panorama of this year’s major Belgian productions. The programmed retrospective of films, short screenings...

A leading figure in the French film industry, Jean Labadie was dismissed on Wednesday from his post as director general at Bac Films, the distribution outfit he directed since its creation in...

Having avoided the first impact of box office hit Spider-Man 3 (850 prints for 2.67m admissions in six days), which injected a much needed dose of dynamism in what has been a quiet April, 12 films... 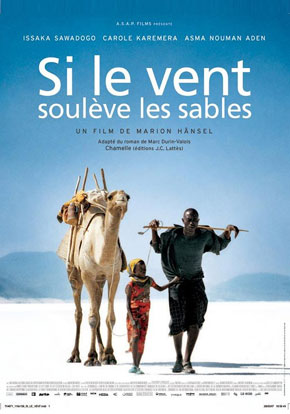