Premonition premieres to applause for Darroussin

Critics Week kicked off in style this year on Lido. The same grand style behind the directorial debut of actor Jean Pierre Darroussin, one of the most familiar faces, even abroad, of French cinema, the favourite actor of Robert and a regular in the comedies by Agnès Jaoui and Jean-Pierre Bacri.

His first feature film, Premonition [+see also:
trailer
film profile], based on the 1930s novel by Emmanuel Bove, was received very warmly by the critics and public alike this afternoon at the festival. The film tells the story of a rather unique man, a wealthy lawyer who, one day, tired of his existence, decides to break with the past and present. He leaves his family and friends, his job and privileged lifestyle, to begin a spartan and solitary life in a working class neighbourhood in Paris.

The character intrigued Darrousin from the first page. "Twenty years ago,” he said at the festival, “I read Le Pressentiment. I was left with a memory of a very mysterious plot, marked by disturbing elements, such as, for example, the way the main character managed to distance himself from his surroundings. It is a subject that fascinates me because I myself have never felt completely a part of life ".

Actually, although he is detached and a little absent-minded, the lawyer, Charles Bénestau, dedicates himself to helping others, not unlike Jean-Pierre Jeunet’s Amélie Poulain, yet here the tone is more sombre, less lively and cooperative. The setting is also fascinating: a Paris rarely captured in film, seen from outside; a Paris of somewhat shabby inner courtyards of its very poor neighbourhoods and public gardens.

The various characters that cross Bénestau’s path include a rather unbearable housekeeper played by Valérie Stroh, also the film’s co-screenwriter.

Premonition was produced by Agat Films & Cie, with a contribution from France 2 Cinéma, and international sales are being handled by Bac Films.

Having opened on March 7, the 16th edition of the French Film Festival UK is underway until Thursday in ten UK cities. Supported by Unifrance, Scottish Screen and Europa Cinemas, the event is...

Eight films nominated for the Delluc

Eight features will battle it out for the prestigious Louis-Delluc Award, to be announced on December 12 by a jury of critics presided by Gilles Jacob, presenting the Best French Film of the Year...

The 42nd Karlovy Vary Film Festival, which opens today and runs until July 7, is an excellent opportunity for French cinema to showcase its quality, density and internationalisation, with no fewer...

Ameur-Zaïmeche to shoot last of trilogy

Dernier Maquis (“Last Scrubland”), the third feature by Rabah Ameur-Zaïmeche, will start its six-week shoot in and around Paris on August 6. The title will complete a trilogy comprising Wesh,...

Director Pascale Ferran won the prestigious Louis Delluc Prize on Monday for her film Lady Chatterley. The prize is awarded to the Best French Film of the Year. In announcing Ferran as winner of a...

Five features are in competition for the prestigious Louis Delluc Prize, which will be awarded by a jury of critics presided over by Gilles Jacob, who will select the Best French Film of 2006 on...

A Belgian storm and a European gust

After successful openings in Germany and Italy (see news), Perfume: The Story of a Murderer by Tom Tykwer takes French theatres by storm today, opening on 479 screens through Metropolitan...

Feast of French-language films at Namur

The 21st Namur International Film Festival – which opens on September 29 with a preview screening of Rachid Bouchareb’s Days of Glory and closes on October 6 with Private Fears in Public Places,... 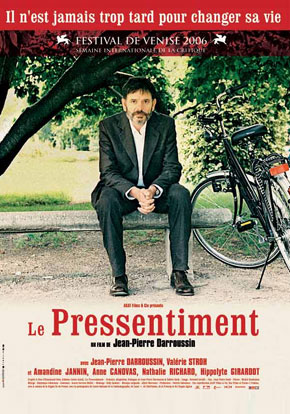