"There’s no need to disturb Freud to say that Queen Elizabeth II is part of my subconscious. In 50 years, she has penetrated the depths of all English people". These were the concise and ironic words that Stephen Frears used in explaining to the international press – which received him with a long applause when he entered the press conference room of the Venice Film Festival - why he felt compelled to make a film about “an extraordinary woman”, as he called her, “who heads an institution that is the subject of criticism and conjecture".

Criticism and conjecture that have been heaped upon the royal family following the dramatic death of Princess Diana, probably the most famous woman in that August of 1997. The Queen [+see also:
trailer
interview: Andy Harries
interview: Stephen Frears
film profile], in competition at Venice, recounts the days when a shocked world stopped to pay homage to the most unconventional princess in England’s history, and the royal family withdrew behind the walls of its castle in Balmoral.

A fatal error, upon which the British press leaped, and which seriously risked forever damaging the image of the crown. With great ability and balance, and thanks also to the performance by a superb Helen Mirren, Frears reconstructs the pressure that Prime Minister Tony Blair exerted upon the queen in convincing her to return to London and appear on television.

In that period of on collective emotion, on the one hand, and total detachment on the part of Buckingham Palace, the newly elected (after a landslide victory) Blair worked to draw the Queen closer to her people, in keeping with the Labourist plan to modernise the country.

To those expecting a vitriolic portrait of the leader with the Cheshire Cat-like smile and a caustic view of the royal family, we can say that the director’s view is indulgent even if inexorable in emphasising the absolute anachronism between the royal presence and Blair’s determination and ambition.

The Queen’s profound intelligence and dedication to her role are weighed against Blair’s political mind, and each role is skilfully sketched: Charles’ humanity and subordination, Prince Philip’s acumen and the vivacity and perspicacity of Cherie Blair, who called her husband “the saviour of the monarchy". Despite the drama of the historical moment, the film is full of typically British humour that renders it highly enjoyable.

more about: The Queen

"The Queen is a universal brand"

Andy Harries has been working for the last 13 years as television executive for Granada TV. He had the idea of using Helen Mirren in The Queen when working with her on Prime Suspect 6.

The instinct of credibility

Watch on Cineuropa: stunning Venice films that won our hearts and left a mark in the festival's history

Handpicked from the world’s oldest festival, new Venice charmers for you to enjoy on our pages!

This three-part series, directed by Stephen Frears and starring Hugh Grant and Ben Whishaw, virtuously brings to life a scandal that shook the English establishment back in the 1970s

Imelda Staunton and Timothy Spall star in a bittersweet comedy directed by Richard Loncraine, world premieres at the opening of Turin Film Festival

Berlin, I Love You enters production

Following on from Paris, je t’aime and New York, I Love You, the omnibus film revolves around ten poetic, zany love stories set in the German capital

In his new film, The Program, award-winning British filmmaker Stephen Frears unfurls a gripping drama about idols, cheating and the role of the media 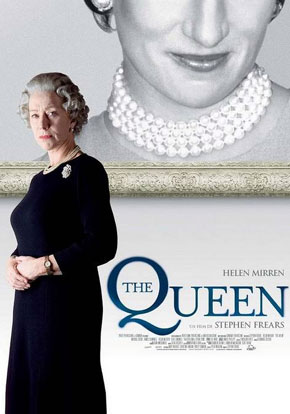