17/11/2006 - A tragic event still that many still remember in Germany, as told by one of contemporary cinema’s most promising directors

In not so far off 1976, Germany was stunned by an event that seemed straight from the Middle Ages: a young girl died after her strictly Catholic family, who claimed she was "possessed", subjected her to a series of devastating exorcisms rather than neurological treatment. Twenty years later, Hans-Christian Schmid – after a long development period and after teaming up with Bernd Lange, a screenwriter as well as director who had been working on a project on the tragedy, which is still very much remembered by Germans today – turned the event into the film that was presented in competition at this year’s Berlin Film Festival.

Nevertheless, Requiem [+see also:
trailer
interview: Hans-Christian Schmid
interview: Hans-Christian Schmid
interview: Sandra Hueller
film profile] is not, as many wanted to believe, a film against religion or an accusation against the stronghold of Catholicism in southern Germany and Bavaria in particular. As with all of Schmidt’s films, from his debut After Five in the Forest Primeval (1995) through to Distant Lights (2003), it is first and foremost a journey into the dark side of a human soul subjected to particularly difficult existential conditions; specifically, the soul of an adolescent or young adult, in whom the environment and emotional ties play a fundamental role.

Thus, the film presents – neither ironically or condescendingly but, rather, with great respect – religious pilgrimages and the influence of the Church in the small province of Baden Würtenberg, portraying the two priests handling the case with great measure, preferring to provoke contemplation rather than controversy, and focusing its attentions on the emotional inner world of the main character, Michaela Klinger.

Behind Michaela’s mysterious problems, which the director never once doubts were of an exclusively neurological nature, lies a turbulent relationship between her parents, who belong, by no means coincidentally, to the generation that experienced firsthand the tragedies of WWII and the national shame of Nazism, which they were furthermore incapable of facing. This repression could not but undermine their relationship with their children and manifested itself as weakness in the father and as severity and silence in the mother, the key figure in what is first and foremost a family drama.

This is precisely why Schmidt, rather than showing the events’ tragic conclusion or the sensational trial that followed (as Scott Derrickson did in his 2005 film The Exorcism of Emily Rose, inspired by the same events and made almost contemporarily in the US), chose above all to depict, with great discretion, the story’s human aspects, even the most everyday events, such as Michaela’s life at university and her relationship with one of fellow students, emphasizing with great sensibility (thanks also to an intense soundtrack) the extreme and dramatic states of mind typical to young people as they discover the world. The filmmaker ultimately searches for a (im)possible explanation as to how an entire group of people made up of friends, relatives and priests who wanted only what was best for the girl were the ultimate cause of her demise.

The weight of this highly risky film falls entirely on the shoulders of Sandra Hüller, who makes her film debut here after a successful theatrical career and several short films. The 32 year-old Hüller (who won the Silver Bear for Best Actress) is flanked an exceptional cast, further confirming Schmidt’s talent (the film also marks his first foray as a producer) in directing with actors the care, obtaining subtle performances from them despite some of the highly dramatic scenes, his ability to be an involved observer of a contemporary German (which presents in an original manner) and, above all, his versatility as a filmmaker who succeeds in never repeating himself.

"I have total control of my films"

A Star Is Born

"My film is against all religious fundamentalism"

A tragic event still that many still remember in Germany, as told by one of contemporary cinema’s most promising directors

CANNES 2016: The German competition entry has been picked up by Sony Pictures Classics for North America and Latin America 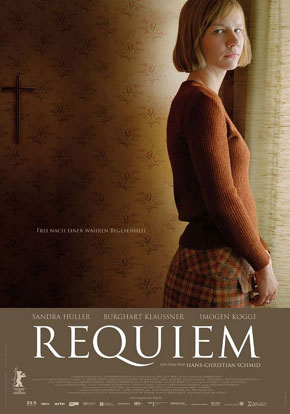