20/12/2006 - A family thrown into chaos after traumatic revelations, the fragility of life and people’s ability to cope (or not) with difficult choices are common themes in Susanne Bier's films

Good things happen in threes, and Susanne Bier’s After the Wedding, the Danish entry in this year’s Oscars race for Best Foreign Language Film, is the third successful collaboration between scriptwriter Anders Thomas Jensen and producer Sisse Graum Jørgensen. The fruit of Bier and Thomas Jensen’s partnership again bears the mark of their common preoccupations in life and fascination with fate.

In Open Hearts, made in 2002, the tragedy that will change the characters’ lives is a car accident, in Bier’s 2004 film Brothers it is the sudden disappearance of one of the lead male characters on a UN mission in war-stricken Afghanistan, and in After the Wedding it is the terminal disease of one of the characters and his decision to bring his wife’s ex-boyfriend back into their lives.

After the Wedding sees Jacob Petersen (Mads Mikkelsen) as a man who has dedicated his life to helping street children in India. When the orphanage he heads is threatened by closure, he receives an unusual offer: wealthy Danish businessman Jørgen (played by Swedish star Rolf Lassgård) offers him a $4m donation, with certain conditions attached. Not only must Jacob return to Denmark, but he must also take part in Jørgen’s daughter’s wedding, which proves to be a critical juncture between Jacob’s past and present as Jørgen’s wife turns out to be Jacob’s ex-girlfriend.

Bier and Thomas Jensen’s skilfully written script quickly moves from the wider scope of international humanitarian help to the intimacy of Jørgen’s family life and tragic post-wedding revelations, without ever falling into pure melodrama. Mikkelsen, the sexy surgeon in Open Hearts, lends his tormented look and suppressed emotions to Jacob. Lassgård perfectly conveys the sense of drama that gradually changes him from the rock-like unemotional businessman into a fragile human being terrorised by death.

Sidse Babett Knudsen (previously seen in Bier’s successful comedy The One and Only) is the pretty wife, helpless in the face of her husband’s mental and emotional ordeal, and Stine Fischer Christensen (the younger sister of Pernille Fischer Christensen, director of A Soap [+see also:
film review
trailer
interview: Lars Bredo Rahbek
interview: Pernille Fischer Christensen
film profile] and Anders Morgenthaler’s new muse) is convincing as the naïve and spoilt daughter who rises to the occasion when faced with the truth about her paternal ancestry. Jacob’s frugal life in India contrasts with Jørgen’s beautiful and comfortable country home, nicely lensed by DoP Morten Søborg.

The star appeal of Mikkelsen (currently on screens worldwide in Casino Royale [+see also:
trailer
film profile]) and Bier’s solid credentials as a director of emotional and thought-provoking films will certainly turn After the Wedding’s domestic success (392,000 admissions in Denmark) into international box office as the film is getting ready for its release in key European territories, such as Italy (Teodora Film, December 22), France (Equation, March 7) and the UK (Soda Pictures, March 9).

more about: After the Wedding

"In Denmark we re-invent ourselves all the time"

"My films are always character-driven"

A family thrown into chaos after traumatic revelations, the fragility of life and people’s ability to cope (or not) with difficult choices are common themes in Susanne Bier's films

Hide your demonic wheelchairs! The Changeling is getting a remake

Director Anders Engström boards the remake of the 1980 classic, which is about to head to Cannes' Marché du Film Online

The French director has walked away with the Heinrich, while Danish actor Mads Mikkelsen has been crowned with this year’s Europa Award

This year, during the Zurich Film Festival, Susanne Bier plays the double role of jury chair and lecturer. Two jobs which she carries out to perfection

Encounter with the French director and his co-screenwriter Christelle Berthevas at the Brussels Film Festival.

Thomas Vinterberg is hunting another Oscar nomination for Denmark

After one win and two nominations for the Academy Award as Best Foreign-Language Feature, Vinterberg’s Mads Mikkelsen starrer is Denmark’s 2014 submission 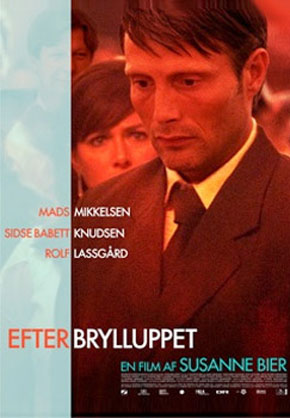 The Spanish filmmaker vies for the Golden Shell with this genre-defying feature, coaxed into life over the course of five years with the generous participation of a cast of young actors