A film with an insidiously corrosive atmosphere under a summer sun was the highlight of this year’s Critics’ Week at the Cannes Film Festival, with the screening of Pingpong [+see also:
trailer
interview: Matthias Luthardt
interview: Sebastian Urzendowsky
film profile], a promising debut feature by German director Matthias Luthardt.

Set in an isolated villa in the middle of a forest, the film brings together five characters during a seemingly mundane week: a father, a spineless executive; an authoritarian housewife in her bourgeois splendour; their teenage son, who is preparing a piano audition; their nephew, who turns up unexpectedly for some holidays; and Schumann the dog in a role of his own.

In the garden, a ping-pong table and a swimming pool that the nephew is renovating provide the set, which the director skilfully uses to inject little variations in the story of a family poisoned behind the mask it presents to society.

The character that provokes and triggers change is the nephew Paul (Sebastian Urzendowky) who, weighed down with the burden of his father’s recent suicide, escapes to his video console and instinctive behaviour. After his uncle leaves on a business trip, Paul seduces his aunt (Marion Mitterhammer) and plays a part in the explosive frustrations of his cousin (Clemens Berg), who is slipping towards alcoholism in order to cope with the pressures of his piano studies with his omnipresent tutor, his mother.

Once the swimming pool is finished, the father (Falk Rockstroh) is back from his business trip and the piano is out of the scene, the young man will get revenge on his lover, whom he ignores by sacrificing his favourite character in the house, Schumann.

The story – co-written by the director and Meike Hauck – is based on simple narrative lines that Luthardt unwinds subtly, to gradually create a latent atmosphere of aggression where each character’s wounds emerge one after another, revealed through sober camerawork that follows the actors tightly. The final result is a film by a director who knows how to make intelligent use of simple elements and rarefied events.

A science of distanced observation and minimalism have prompted certain experts to link the 34 year-old director with the Berlin School (Christian Petzoldt, Angela Schanelec, Valeska Grisebach, among others), an association that Luthardt half agrees with (see interview).

Winner of the SACD Prize and the Young Critics’ Award at Cannes and nominated in the Discovery category at the 2006 European Film Awards, the film was also presented at Montreal, Copenhagen, Warsaw, Kiev, Pusan and Tallinn, while Luthardt was one of twelve European directors chosen for the “New Cinema Network”, organised by the RomeFilmFest. Such acclaim marks yet another stepping stone in the uncontested renaissance of quality young German cinema, as well as a fine start to the career of a director to be followed very closely.

In his role as Paul, the destabilising element of a bourgeois family microcosm, Urzendowsky has been compared to Terence Stamp in Theorem

The Tahitian director will shoot his feature debut, toplined by Sebastian Urzendowsky and produced by Local Films

The supported movies include the upcoming titles by Leos Carax, Alla Kovgan and Sebastian Schipper

Rendez-vous de la Coproduction Rhénane gets under way in Strasbourg

Forty French- and German-language projects are being presented in Strasbourg to professionals from France, Germany, Switzerland, Luxembourg and Belgium

Not just debut and second films: the seventh TorinoFilmLab Meeting Event kicks off

Featuring among the projects presented as part of the Script & Pitch project, are new films by György Pálfi, Fien Troch and Matthias Luthardt, and fiction debuts by Pietro Marcello and Peter Krüger

A Land of Storms selected for the Panorama

World premiere in Berlin for Ádám Császi’s first feature, handled by Hungarian company Proton Cinema and sold by the Germans from M-Appeal

The Notebook dreams of the Croisette 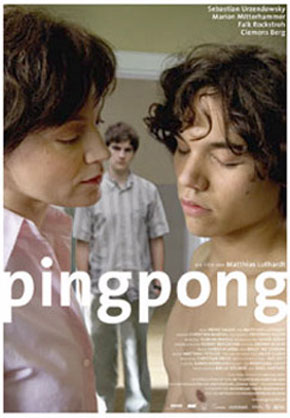