13/02/2007 - Khadak, screened at Venice (Lion of the Future Award), Toronto and Sundance, has won over audiences with its poetic portrayal - a blend of dreams and memories - of the sad reality of Mongolia

All that remains from the past the grandfather describes is its ghost, interiorised by the young main character Bagi through his gift – as if, as the shamanic healing scene reveals, the steppe were now "within" – as well as by the film itself, which is suffused with a fairy tale-like atmosphere from the very start, when the mother's voice says "there was a time" – a sinless time when everybody had apples.

Khadak takes us through the looking-glass, for the ethereal universe in which the shaman evolves seems to be the only escape from this unnatural, modern world where everything and everyone has to be "redressed" – thus, Bagi is taken from institution to institution, from a quarry to prison, via hospital.

Something is wrong, one character shouts repeatedly, hope is gone ('Now has no meaning here') and all that is left to yearn for is death, or epiphany, and that is why Bagi finally resigns completely to his destiny and undergoes, through death, a transsubstantiation that allows him to come back as hope itself. And while the hero gives others this gift, suddenly the prism-like story (due to its superimposition of several time periods and realities, or rather several visions of reality) is interrupted and ends in a dreamlike symphony of movements and colours.

Thus, as sad as this beautiful film may seem, not only the mischievous grandfather's humour but also the very poetry of the aesthetic treatment of the plot convey the impression that everything is indeed illuminated. And when the film ends, the memory of the outstanding photography continues to haunts us, from the image of the dead horse in the manger to Bagi crying on a heap of coal that represents the rubble of a world now extinct, to the Canaletto-like portraits vivants and the many talismanic Mongolian blue scarves ('khadak') dancing in the wind.

For more than ten years, they travelled the length and breadth of the Mongolian steppes. Now the documentary makers have successfully turned their hand to feature production

Independence at all costs

As with previous documentaries, Jessica Woodworth and Peter Brosens have financed their debut feature through their Belgian-based production studio

Khadak, screened at Venice (Lion of the Future Award), Toronto and Sundance, has won over audiences with its poetic portrayal - a blend of dreams and memories - of the sad reality of Mongolia

Resurrection: A contemplative story of killing and loss

Belgian filmmaker Kristof Hoornaert's first feature is not a religious film, but it tackles themes close to Christianity

The 10th anniversary of TorinoFilmLab is all about women

Almost all of the filmmakers focused on female leads in the projects presented at the 2017 Meeting Event. Jessica Woodworth, Rok Bicek, Franco Lolli and Carlo Sironi were among the participants

"To follow a man who takes control of his destiny"

We caught up with Peter Brosens and Jessica Woodworth, whose fourth feature film, King of the Belgians, is being released this week in Belgium

The last King of the Belgians

VENICE 2016: The new film by duo Peter Brosens and Jessica Woodworth tells the madcap odyssey of a King of the Belgians swept up in the story of a one-of-a-kind mission: to save his country

Home by Fien Troch and King of the Belgians by Peter Brosens and Jessica Woodworth will be unveiled at the 73rd Venice Film Festival, in the Orizzonti section 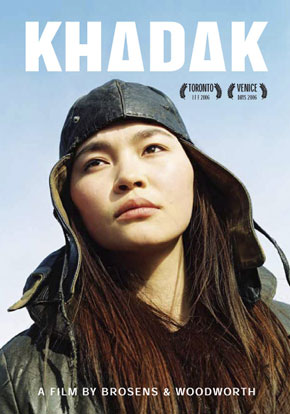