The film, produced by Gudny Hummelvoll for 4 ½ Productions, has also been acquired by A Film for Benelux and Rosebud for Greece.

Based on a script by Harald Rosenløw Eeg and Lars Gudmestad, the film tells the story of a 15 year-old boy who lives in Kosovo with his mother and brother. He sets out on a journey to Norway to search for his father (Italian actor Enrico Lo Verso), whom he has idolized but can barely remember.

Nordisk is also screening at the market Bård Breien’s debut feature The Art of Negative Thinking, set to screen in competition at the upcoming Karlovy Vary Film Festival, and Ole Bornedal’s family thriller The Substitute.

In Betrayed, the award-winning Norwegian director will depict “a story from one of the most dramatic chapters in Norwegian history”

King of Devil’s Island by Marius Holst (Mirush), Norway’s most expensive film of the year, is being released on local screens today by Euforia. Much is at stake for the NOK50m (€6.8m) film...

Marius Holst’s King of Devil’s Island, which was just awarded €600,000 by Eurimages, the biggest grant to a Norwegian film since I Am Dina in 2000, will be represented internationally by...

Patrice Toye is back on the big screen after a 10-year absence, with her second feature, the dryly witty Nowhere Man. The film stars Frank Vercruyssen (who also worked with the director in her...

The Norwegian film industry’s yearly Canon Awards, given out last Tuesday evening during the closing evening of the Kosmorama Film Festival in Tronheim, celebrated Bent Hamer’s O’Horten, which...

In its latest round of development support, the EU’s MEDIA Programme has awarded a record NOK3.5m (€455,562) to six Norwegian production companies towards the development of 14 new feature film...

For the fifth edition of the Copenhagen International Film Festival, Artistic Director Jacob Neiiendam has put together a thrilling cocktail of 147 European films screening in 11 venues across the... 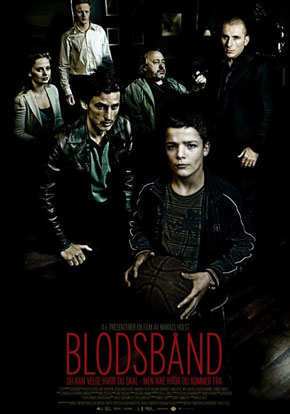