Centred on a family in Jerusalem confronted with the mysterious disappearance of the father, the intimate and subtle film paints an almost documentary-like portrait of a teenager left feeling lost and studies the influence of religion on bewildered minds.

Through a captivating tone and realistic directing style – which gets round financial constraints to produce a successful minimalist visual style (superb nighttime scenes in chiaroscuro, the suggestive strength of close ups) – Nadjari infuses his very personalised approach to filmmaking (which focuses on humanity and its insecurities), refusing to manipulate the audience and preferring instead to lend the film an air of authenticity.

Filming for the second time in Israel, the 36 year-old director, who co-wrote the film with Vincent Poymiro, leaves the Tel Aviv of Avanim (2004) for the Jerusalem of Tehilim, while remaining faithful to his pet themes of Jewishness and family. The family in the film is composed of an authoritarian father, a loving housewife (Limor Goldstein) and their two sons, 16-17 year-old Menachem (Michael Moshonov) and 11-12 year-old David, young amateur actors remarkably cast.

After a car accident the father mysteriously disappears and his absence causes the family financial and spiritual disruption. Menachem becomes withdrawn, gives up school, his friends and his first love (with an excellent breaking up cat and mouse scene). He is lost and can only understand the situation with the help of his deeply religious grandfather and uncle.

From the conservative Talmud study centre and the police station where the small family beg for a certificate of disappearance in order to unblock the father’s bank accounts, to the apartment where the father’s absence is strongly felt, and where the mother resists the invading presence of the deeply religious family members, who use the psalms for proselytising purposes, Tehilim is, in short, a tale of disarray. Menachem’s sadness finds an absurd outlet, a discreet metaphor for a society that has lost some of its meaning.

Tehilim will open in French theatres through Haut et Court on May 30. International sales on the title are by Films Distribution.

This second feature film by the director discovered via The Dive is produced by Swiss firm Adok Films, alongside Israel’s KM Productions and French outfit DW

Mathieu Vadepied kicks off filming for Learn by Heart

The DoP’s feature debut is being handled by Unité de production, with Eric Toledano and Olivier Nakache as associate producers

A Strange Course in Cannes

As of today, German audiences will have the chance to discover a local film that screened in competition at the Berlinale last month: Cherry Blossoms - Hanami by Doris Dörrie (see news) . The...

A Perfect Match and other live stories

After his quite successful and acclaimed feature debut, Miss Montigny, the former documentary filmmaker Miel Van Hoogenbemt this time returns to the director’s chair for A Perfect Match, released...

The 42nd Karlovy Vary Film Festival, which opens today and runs until July 7, is an excellent opportunity for French cinema to showcase its quality, density and internationalisation, with no fewer... 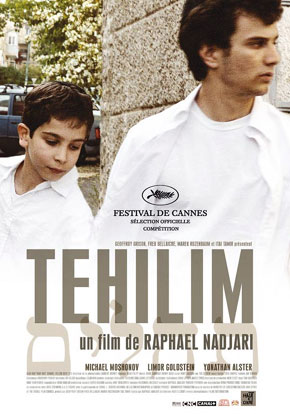