Deep emotions in The Diving Bell and the Butterfly

Completely paralysed and no longer able to talk, the former editor-in-chief of Elle magazine dictates letter by letter, through the fluttering of the eyelashes of his left eye, a type of stationary travel log, which was published in the weeks following his premature death at the age of 44 in March 1997.

Starring Mathieu Amalric – omnipresent at Cannes this year (in the Directors’ Fortnight with Heartbeat Detector [+see also:
trailer
film profile], see article, and in Un Certain Regard with Actresses [+see also:
film review
trailer
film profile], see news) – The Diving Bell… evolves into a captivating experimental film (in particular the first half with its subjective camera movements and the field reduced to the vision of an eye) and a human tragedy, upsetting for some and tear-jerking for others.

An ambitious and cynical man who never knew failure, Bauby discovered what it meant to be distressed like few ever do. Blessed with a generous sense of self-derision, "his" off-screen voice lends the film a genuine tone of exploration. An exploration of the mise-en-scène, which allows to experience in close-up all the stages of Bauby’s life in hospital in Berck-sur-Mer: from the moment he wakes up from his coma to his extremely slow re-education (the painful realisation of his condition, then the discovery of a means of communication that saved him from his thoughts of death and propelled him into the vast world of his imagination and memories).

This deeply rich inner exploration is carried off well by Amalric’s excellent off-camera narration (thoughts, mental projections, flashbacks on several episodes of his life). Also explored is the relationships of those close to him – his wife (Emmanuelle Seigner), children, father (Max von Sydow), friend (Isaac de Bankolé) and especially his speech therapist (a charismatic Marie-José Croze).

Anne Consigny, Marina Hands, Patrick Chesnais, Niels Arestrup and Olatz Lopez Garmendia also star in the feature, scripted by Ronald Harwood (2003 Oscar for The Pianist). Bordering on an excessive melodrama in its second half before a striking end, Schnabel’s film never loses sight of its purpose: an outstanding homage to a man who "hung onto the human being inside him".

Produced by Pathé Renn Productions, the €10.8m film received €1m in co-production support and pre-sales from France 3 Cinéma and was also backed by the Nord-Pas-de-Calais region.

Pathé, who is handling what are expected to be promising international sales, will release The Diving Bell… in French cinemas on May 23.

more about: The Diving-Bell and the Butterfly

The Diving Bell and the Butterfly makes a splash

Well received by audiences and most critics at its two official competition screenings on Tuesday at the Cannes Film Festival (see article), French feature The Diving Bell and the Butterfly,...

“I never wanted to get on the van Gogh boat”

Cineuropa talked to artist-director Julian Schnabel, the man behind At Eternity’s Gate, his latest film that centres on the twilight years of Vincent van Gogh

The film about the Dreyfus affair will star Jean Dujardin and Louis Garrel. A Légende Films production to be sold by Gaumont

The filmmaker is adapting Don DeLillo with a cast that includes Mathieu Amalric, Julia Roy and Jeanne Balibar; production is being handled by Alfama Films

We met French filmmaker Mathieu Amalric in Rome, at the Rendez-vous – Appointment with new French Cinema, where he took us behind the scenes of some of the films he’s directed

Daniel Auteuil on board for Vincent Garenq’s Kalinka 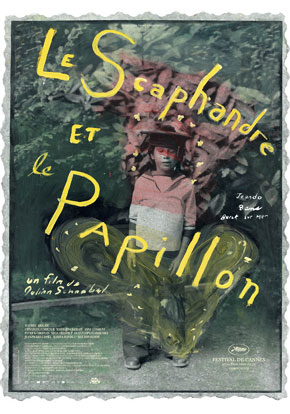