The Man from London: Tarr, a master of hypnosis

The international press is certain to remember for a long time yet yesterday’s official competition screening at the Cannes Film Festival of The Man from London [+see also:
trailer
film profile] by Hungarian director Béla Tarr, who gave a real lesson in cinema at his best hypnotic form.

Imbibing the detective film genre (robbery, stalking, cross-examination) in his characteristic highly contemplative tempo that leads to a perception of reality that is quite unusual onscreen, The Man from London unveils, in black-and-white, Tarr’s quintessential cinematographic talent. Navigating in space and time, exaggerated by the length of the shots (the opening scene is fifteen minutes of silence that ends with a black screen), the director shows fine artistic talent.

Impressive lights and shadows, endless camera movements with an exceptional fluidity and a rare inventiveness in enclosed spaces, a haunting score that alternates between the water-drop Chinese torture type and a clock with two recurrent dongs (one oppressive, another melancholic), close-ups where faces are scrutinised, with an infinite sea stretching out in the background – Tarr pushes himself to the extreme, opening new territories for those willing to explore them.

From his observation tower, night-time lighthouse keeper Maloin (Czech actor Miroslav Krobot) has a bird’s eye view of everything. When he witnesses a murder and finds himself in possession of the loot (a suitcase stuffed with bank notes), Maloin – isolated by his job and a general atmosphere seeping with poverty and depression – is plunged into a world of suspicion. In the days that follow, in contrast, he finds himself surrounded by the thief (the man from London – Janos Derzsi) and a police inspector (Istvan Lenart) after the money.

Tarr tells the story like a game in slow motion, with numerous psychological duels, including one between Maloin and his wife (Tilda Swinton), who is numbed by the changes in her husband’s behaviour ("You’re like an animal"). Maloin, however, continues hiding his secret only to improve the life of his daughter, who discovers at his expense the meaning of corrupt power and how money make people turn to crime.

Produced, after several ups-and-downs (see article), by Hungary (46%), France (41%) and Germany (13%),The Man from London will be released in France through Shellac and is being sold internationally by Dutch outfit Fortissimo.

more about: The Man from London

“Sometimes we have the illusion of understanding our world”

VENICE 2018: We sat down with Hungarian filmmaker László Nemes to get the lowdown on Sunset, his new effort

Hungarian production designer László Rajk spoke to Cineuropa at the 2016 Visegrad Film Forum about his latest work: recreating Auschwitz for the critically acclaimed Son of Saul

Son of Saul makes a splash

Careering straight into the Cannes competition, the feature debut by László Nemes delves to the heart of the horrors of Auschwitz in 1944

The House voted best Slovak film of past two years

Hungarian auteur Béla Tarr won the Silver Bear at the 2011 Berlinale for his latest film, The Turin Horse. He speaks about his poetics and why he intends to stop making films

Hailed by its director as the last film of his career, Béla Tarr’s mesmerising and apocalyptic The Turin Horse has been selected to represent Hungary in the nomination race for the 2012 Best... 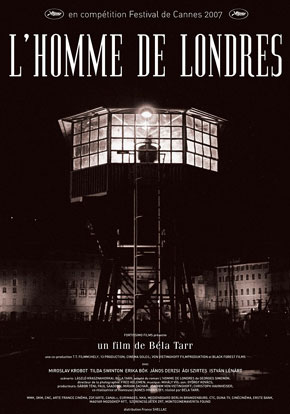