24/05/2007 - With A Parting Shot, director Jeanne Waltz celebrates a thawing of bodies and hearts

Neither the roundness of the Swiss Jura nor the clarity in which intentionally the small clock-making town of La Chaux-de-Fonds basks succeeds in calming the storm that throws the young Fred in all directions. Like a moth that is drawn to the light, she feverishly tries to escape the blindness that clouds her mind and her senses. All she feels for her surly father (Philippe Verhoeven), who wanted to make her a rifle shooting champion, is fear and hatred and all she feels for her border guard lover (Christophe Sermet), who cowardly dumped her for someone else, is resentment. When, out of spite, she sleeps with two rich young men, it is the girl that feels unworthy of love that she is punishing. By refusing to look at the doctor who is devouring her with his eyes, she seems to forbid herself all types of tenderness. How long has Fred been living without love? Too long, it seems, as she now wants to put an end to it. She knows what it is like to take a big leap into the unknown. At the hospital, she is the one who looks after the dead, to the point of slipping flowers between their hands – "the family likes that", she says.

Waltz depicts her heroine with delicacy, without ever losing focus or trying to be absurd. To help Fred to learn to live again, the director does not take her by the hand. Fred wouldn’t accept that anyway. A guardian angel looks over the young nurse’s shoulder. His name is Marco (Steven de Almeida) and he’s 14. He has the face of an angel but a dirty mind, for sure. For him, it is not his father who is ruining his life, but his mother (portrayed by stunning singer Lio), who chose the freedom of working in Portugal over the joys of Swiss domestic life.

When Marco goes on a class hike in the forest, he doesn’t see Fred hiding under a tree getting ready to pull trigger of her cursed rifle. The appearance of the noisy group thwarts her plan and two stragglers who are fighting by throwing stones at birds make her lose her concentration. But when the shot goes off, it is one of the kids who is brought down, Marco. Before Fred has found the courage and the opportunity to own herself up, the wounded ends up in Fred’s service before she can get away. Nobody guesses the identity of the mysterious shooter rightly, Marco included. Torn between her guilt and her enthusiasm to “fix” the boy, Fred is not very at ease about the situation.

Again it is with rich detail that Waltz depicts this exhausting confrontation between the boy stuck in his hospital bed and the "gunslinger" nurse. The detailed observation of the almost feline connection between the two characters is sometimes done justice to by the linearity of the plot. The intentionally cold cinematography also instills a sensation of bravery that runs throughout the film. Waltz is not afraid of taking real risks though, if only by exploring two very different aspects of juvenile disarray with no references to drugs or crime, and without being moralistic in the slightest – a feat that nowadays deserves to be saluted.

more about: A Parting Shot

A producer with an international outlook

An international producer who has made films worldwide, Pierre-Alain Meier is back in Switzerland with A Parting Shot, the second feature directed by Jeanne Waltz

With A Parting Shot, director Jeanne Waltz celebrates a thawing of bodies and hearts

The art of breaking the ice

Director Jeanne Waltz spent many years in Portugal where she made several shorts and one feature. Now she has come back to Switzerland to direct her second long feature

Young director Katell Quillévéré (29), who attracted attention with her shorts (including A Bras le Corps, unveiled in the Cannes Directors’ Fortnight and nominated for a Cesar in 2007), starts...

Educational establishments currently seem to be the epicentre of French film production. In the wake of Laurent Cantet’s Palme d’Or-winning The Class (set to be released on September 27) and...

My Brother is Getting Married performs well in France

Having garnered almost 23,000 admissions, My Brother is Getting Married (see Focus) is the Swiss film to have drawn the most viewers in French theatres in 2007, according to the ranking published...

Winning awards in the categories of Best Feature and Best Emerging Actor (Philippe Graber), Micha Lewinsky’s Der Freund (“The Friend”) was the star of the show at the 2008 Swiss Film Awards, whose...

Deluge of prizes for Swiss films

With 43 films selected at the major international film festivals in 2007 (11 narrative features, 12 documentaries and 20 shorts) and more than one hundred awards garnered in Switzerland and abroad...

Fifteen films, five screenplays and 11 actors are in the running for the Swiss Film Awards 2008, whose ceremony will take place on January 23 as part of the Soleure Film Days. As well as launching...

Love, adventure and “cinema of the real” 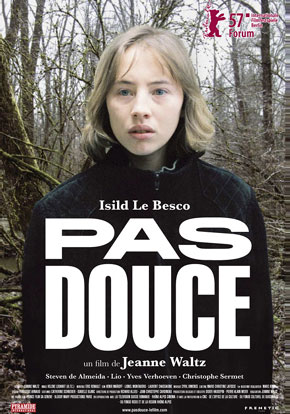