The first Italian film to be announced at the Venice Film Festival is La ragazza del lago by Andrea Molaioli, and is part of the programme of the International Critics’ Week (SIC).

The debut by the former assistant to Nanni Moretti, Carlo Mazzacurati and Daniele Luchetti, who already screened in Venice with the documentary Bandiera rossa, borsa nera, convinced the SIC selection committee with his capacity to use the noir genre to recount the country’s existential and social unease. However, more than a detective story, La ragazza del lago promises atmospheres more akin to Dürrenmatt and Simenon.

Based on Karin Fossum’s novel Don’t Look Back, the film transfers the action from the Norwegian fjords to the Italian provinces – near the city of Udine, where Commissioner Sanzio (Toni Servillo) is investigating the disappearance of a little girl – and the anxieties of a small community. Servillo is flanked in the film (written by Sandro Petraglia) by Fabrizio Gifuni, Valeria Golino, Omero Antonutti and Anna Bonaiuto.

La ragazza del lago was produced by Indigo Film in collaboration with Medusa Film (which will release the film on September 7), with a contribution from MiBAC and collaboration from the Friuli Venezia Giulia Film Commission.

For producers Francesca Cima and Nicola Giuliano, Molaioli is the latest discovery after Eros Puglielli, Roberto Dordit and, above all, Paolo Sorrentino, whose new film Il Divo, starring Servillo as political leader Giulio Andreotti, they are also producing.

more about: The Girl by the Lake

Piero Messina set to direct the second season of Suburra

The director of The Wait will be the new face behind the camera of the successful Italian Netflix crime series, alongside Andrea Molaioli. Filming kicks off in March

Filming comes to a close on Valeria Golino's Euphoria

The second film by the director and famous actress, following the popular Miele, stars Riccardo Scamarcio and Valerio Mastandrea as two brothers

Andrea Molaioli’s new film, which had its premiere at the Turin Film Festival, tells the story of a teenager struggling to get to grips with an unexpected pregnancy, based on a book by Nick Hornby

The new international sales agent is heading to the market in Berlin with Andrea Molaioli’s Slam, Roberto Andò’s The Confessions and Francesco Patierno’s Naples '44

Slam, Andrea Molaioli on a skateboard

The director of The Jewel is basing his next film on Nick Hornby’s bestselling novel Slam, the story of Sam and Alice who become parents at the age of 16

Peter Mullan to be guest of honour at the Critics’ Week

The independent section of the Venice Film Festival is celebrating its 30th anniversary by rescreening the debut film by the Scottish director, Orphans, as the opening title 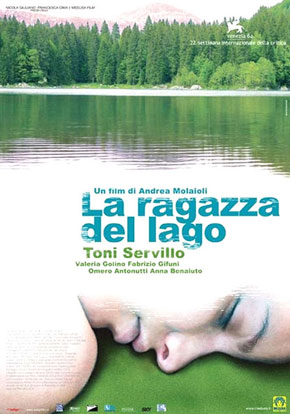