Canadian director François Girard presented his latest film Silk [+see also:
trailer
film profile] at the RomeFilmFest in the Première section. The film is a co-production between Canada, Japan and Italy and is right at home in Rome, as it is based on the eponymous bestseller by Italian author Alessandro Baricco.

Silk follows Hervé Joncour (US actor Michael Pitt), a young French soldier who, in the second half of the nineteenth century, marries his sweetheart Hélène (Keira Knightley) and leaves the army to start working for a silk merchant (Alfred Molina). For his work, Hervé will have to travel to Japan several times to illegally obtain silkworm eggs, which sets in motion an impossible love affair.

It was producer Domenico Procacci of Italian outfit Fandango who picked up the rights to the novella not long after it was published, though it took years to finally get the film made, with several directors mentioned as possibilities. Girard, who directed the Oscar-winning The Red Violin (Le violon rouge), had been attached to the project early on and finally came back onboard a few years ago.

The director has delivered a fairly faithful retelling of the narrative, though none of its poetic rhythms. Its production design and cinematography, however, are simply stunning, with most of the film shot on location in Italy (substituting for France) and Japan in beautiful summer/winter contrasts.

Girard explained in Rome that he "immediately fell in love with the book," and that, contrary to what people may believe, it “was not difficult to adapt since it is very cinematic. It has a great balance between the intimate and the epic, and I tried to stay close to Baricco’s writing, especially in the smaller details”.

The film was produced by Fandango, Canadian outfit Rhombus Media and Bee Vine Pictures from Japan. International sales are handled by New Line International Releasing, while Italian distribution is in the hands of Medusa, who will release it on Friday.

A total of 29 new films will hit French theatres this midsummer season with nine releases this Wednesday and ten on August 5 and August 12. Among them, 17 European productions and co-productions...

Baricco’s Lesson 21: Between humour and melomania

The nominations were announced yesterday for the Silver Ribbons, awarded by the National Film Journalists Union. Vying as directors of the Best Italian Film are Antonello Grimaldi (Quiet Chaos)...

Canadian director François Girard presented his latest film Silk at the RomeFilmFest in the Première section. The film is a co-production between Canada, Japan and Italy and is right at home in... 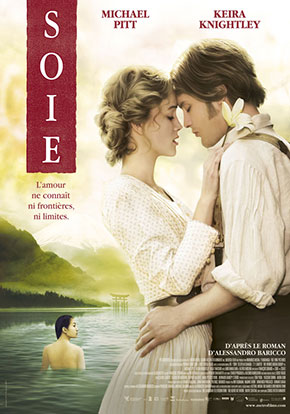 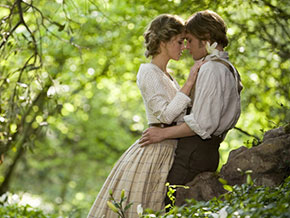 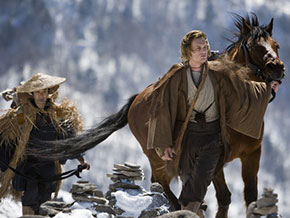