16/11/2007 - From the Eastern Bloc to the West: A Hungarian gymnast’s emotional quest in a cruel world and the emerging talent of a young Hungarian director

Hail the remarkable new generation! Nourished by a strong cinematic tradition, young Hungarian directors have been making a name for themselves over the past few years, following in the footsteps of György Pálfi, Benedek Fliegauf, Kornel Mundruczo, Ferenc Török, Nimrod Antal, Agnes Kocsis and Roland Vranik. This burgeoning new talent was on show at last year’s Cannes Film Festival, where three Hungarian films were selected, one in the Directors’ Fortnight - White Palms [+see also:
trailer
interview: Szabolcs Hajdu
film profile] by Szabolcs Hajdu.

The Debrecen-born director (35) perfectly embodies the creative rebirth and double-edged vision of filmmakers who were brought up amidst the constraints of communist Hungary before discovering and trying to adapt to a world that was as new and unfamiliar as it was unstable after the fall of the Berlin Wall. This complex identity lends itself to a cinematic rereading of recent history coloured by the uncertainty of the present. And this dual aesthetic enables directors to combine a great many themes - for instance, social, economic and cultural - whilst still focusing on the stories of individuals whose shared existential angst breaks down barriers.

After two promising debut features (Sticky Matters in 2001 and Tamara in 2004), Hajdu chose high-level gymnastics as the main theme for White Palms. A former champion struck down by serious injury, Hungarian Miklos Dongo (played by the director’s brother, Zoltán Miklós Hajdu, a member of the Cirque du Soleil in Las Vegas) becomes a trainer in Canada and coaches one of the country’s most talented gymnasts, the self-assured Kyle (played by Kyle Shewfelt, gold medal winner at the Olympic Games in Athens). The film goes on to explore the parallels between their two lives, a connection that develops into mutual respect and allows the director (who wrote the screenplay) to devote a long flashback to his main theme: the strict training endured in Hungary by the young Dongo. Filmed in a documentary-like style, this sequence accurately depicts the psychological and physical brutality experienced by the apprentice champion (who is around 10 at the time) under the iron rule of a tyrannical coach and at the hands of parents who have become obsessed with their child’s sporting success. His suffering is tentatively explored against the grey and dreary backdrop of life in communist Hungary. These experiences torment the adolescent and haunt the man who greatly appreciates his freedom and carefree existence, but who is constantly reminded of the brutality, raw ambition and greed in the world. This inner conflict runs throughout Dongo’s personal journey, as he travels years later with his Canadian protégé to world championships held in Hungary, giving him an opportunity to cross to the other side of the mirror, face his demons and loosen the grip of the past.

With an excellent sense of framing and rhythm, Hajdu reveals striking potential in White Palms, more so perhaps in the simplicity and subtlety of his directorial approach than in the moments of technical brilliance suited to the ethereal development of the characters (in particular the stunning final scene). The director’s talent impressed France’s Peter and Mathieu Kassovitz, who are among the executive producers of the film, for which they gave advice and lobbied. Distributed in France by Epicentre Films, White Palms firmly establishes Hajdu as a filmmaker to watch. Joined by his production partners Katapult Film and FilmPartners he has in fact already started production work on the intriguing Bibliothèque Pascal (see news ).

Issued from the association of a students' class of the Budapest film school, Katapult Film appears as a workshop-meeting place for young Hungarian filmmakers.

"The ocean is there in a single drop of water"

From the Eastern Bloc to the West: A Hungarian gymnast’s emotional quest in a cruel world and the emerging talent of a young Hungarian director

Szabolcs Hajdu unveils the first major Hungarian film to be released directly on VOD: a subtle mix of nocturnal urban tales exploring the darker side of human relations

It’s Not the Time of My Life: Family, noun

KARLOVY VARY 2016: Hungarian director Szabolcs Hajdu’s film digs deep into the nooks and crannies of the family unit with an emotional and simple portrayal of the conflict between two couples and...

The Hungarian filmmaker has his sights set on this year’s Crystal Globe, while his compatriot Attila Till will be competing in East of the West with Kills on Wheels

Loop: caught up in a time warp

World premier for Mirage at Toronto 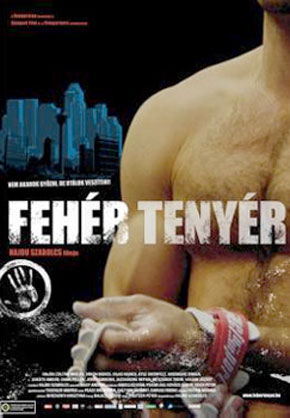