05/12/2007 - A classic comic film in three parts, Cowboy is more unconventional in its exploration of the central protagonist’s tormented soul

Daniel Piron (played by Benoît Poelvoorde) is a TV journalist fed up with being reduced to presenting Airbag, a television primer on road safety whose filming is cause for many memorable comic scenes – enjoyed by the viewers at least! Piron, a former left-wing militant who has stagnated career-wise, decides to make a documentary. The subject matter of his documentary is based on a real-life event, Michel Strée’s hostage-taking of a school bus in 1980. He plans to reunite the hostage-taker, rechristened Sacchi (Gilbert Melki), with his victims, almost thirty years after the event. But Piron is plagued by setbacks. Not only has Sacchi become a gigolo and his producer (Bouli Lanners) has landed him with an incompetent cameraman (François Damiens), but what’s more, he discovers that he’s not cut out for the project in hand. Everything falls apart and Piron is tempted to manipulate the truth in order to achieve his ends.

Cowboy [+see also:
trailer
interview: Benoît Mariage
film profile] explores some of the issues that have motivated Benoît Mariage as a documentary filmmaker (for instance in "Striptease"). This meta-filmic dimension shouldn’t deter those who do not belong to the “film coterie”, because first and foremost this is a story about one man’s personal journey. As viewers, we also rediscover Mariage’s boundless admiration for "humble people" and his love of the melancholy beauty of everyday life. Indeed, the director is blessed with a vision and perceptiveness that Piron would have a hard time emulating.

At first, Piron believes himself to be a militant still, but he soon reveals his contempt for the people he films. And this is the second main theme of the film. It is certainly not an overstatement to describe the film as a left-wing film. However, Mariage effectively approaches these issues from a different angle, by engaging with the values of solidarity and tolerance, often confronting us with our own contradictions. For instance, while Poelvoorde and Lanners are engaged in a heated discussion, Poelvoorde refuses to give any change to the boy who washes his car windows at the crossroads. The film’s political message is enlightened and a touch disillusioned. The superb final scene, with the soundtrack "Non, non, rien n’a changé" (“No, no, nothing has changed”) by the Poppies playing in the background, is guaranteed to bring a tear to the eyes of all those who once believed, or still believe, the world can change.

Mariage has an unrivalled talent, as seen in The Carriers Are Waiting, for constructing frames of great formal beauty and highly poetic images, while his camera mercilessly homes in on the skin imperfections and faces of the protagonists. The film succeeds in raising many a laugh whilst eliciting heartfelt and genuine emotion at all times. To strike this delicate balance, Mariage can rely upon the acting talents of Poelvoorde, who gives his finest performance to date (more complex than his performance in In His Hands [+see also:
trailer
film profile]) and reminds us what a good actor he is. Even François Damiens (alias Didier l’Embrouille), reveals the depth of his talent over the course of the film in a role that initially seems caricatured. The film also stars Julie Depardieu, who appears in a few scenes alongside Poelvoorde, reminiscent of the scenes the two actors shared in Podium.

This interview of Benoît Mariage can be seen at : www.cinergie.be Cowboy opens Namur Two Benoîts for Cowboy

"Learning how to let go"

Cowboy reunites the director of The Carriers Are Waiting with his faithful sidekick, actor Benoît Poelvoorde, as they join forces to make this touching and meaningful comedy

A classic comic film in three parts, Cowboy is more unconventional in its exploration of the central protagonist’s tormented soul

Don Quixote, Nico and François Damiens make for an eclectic line-up for the 81st Wallimage session

Benoît Poelvoorde returns to his homeland with Scouting for Zebras

Benoît Poelvoorde plays a larger-than-life, but gloomy, manager of an African football team in Scouting for Zebras, by his fellow countryman Benoît Mariage

Benoît Poelvoorde reunited with Benoît Mariage in the humidity of Abidjan

Between Belgium and the Ivory Coast, Benoît Poelvoorde scours football fields and locker rooms in front of the camera of his accomplice from Namur, Benoît Mariage

Laughter and adventure for Wallimage, as it supports two Belgian debut comedies and a new transposition of Jacques Tardi’s universe to the big screen

BE Film Fest spices up the holidays

The festive season sees the return of the Belgian Film Festival, with its new title: BE Film Festival. The name has changed, but the format remains the same. The talented team at the... 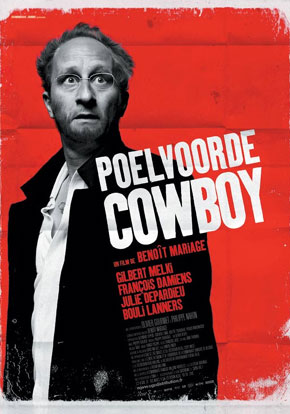