05/02/2008 - Quiet chaos is pain that is not manifested externally, says Nanni Moretti, the star of this drama directed by Antonello Grimaldi, in competition at the Berlinale

Quiet chaos is pain that is not manifested externally, a volcano that does not erupt, says Nanni Moretti, the unequivocal star of this drama directed by Antonello Grimaldi, in competition at the Berlinale.

The actor-director is at the centre of a story based on Sandro Veronesi’s eponymous bestseller, notably simplified for the screenplay (written by Moretti, Laura Paolucci and Francesco Piccolo). Television network executive Pietro Paladini (Moretti) spends his days in a park in front of his daughter’s school, waiting for her to come out at the end of the day.

Pietro lost his wife Lara unexpectedly over the summer, while he was at the beach bravely saving another woman (Isabella Ferrari) from drowning. Now he and his daughter are gripped by an unnatural serenity, and he experiences his mourning as quiet chaos. His world revolves around the benches in the park as everyone begins seeking him out as if he were a guru of grief: his brother Carlo (Alessandro Gassman), sister-in-law Marta (Valeria Golino) and colleagues (Silvio Orlando, Hippolyte Girardot and Denis Podalydès).

At work, a battle for power unfolds on the eve of a merger with a US company and everyone wants Pietro’s position. Yet Pietro is elsewhere, simply awaiting the explosion of guilt, of a devastating desperation that looms over him yet never comes.

Moretti plays his roles convincingly and the fact that he has never truly been an actor but a "character" playing himself over and over again reinforces the idea of a "Morettisation" of the film and main character. Nevertheless, there is a powerful correlation between Moretti’s character and that of the novel. And it is no coincidence that Veronesi includes the director among those he thanked for helping him write the book.

Pietro’s tics and obsessions are the same as those of Michele Apicella (the character of many of Moretti’s films) – such as making mental lists of “airlines companies I’ve flown, things I didn’t know about my wife, places I’ll never return to….” Thus, they give the film a touch of irony that softens the deep pain. While this may be reminiscent of The Son’s Room [+see also:
trailer
film profile], the films are nonetheless substantially different.

“In my film,” said the director, “a family nucleus falls apart after a tragic event. In Quiet Chaos, new relationships arise from the pain and various characters bond because of it."

Besides the existential aspect of bringing the main character back to life, Moretti was probably also attracted to the project for its political aspects, with respect to the film industry and its infinite problems (at one point Pietro even says wearily, "We’ve been helping Italian cinema for years!"); in the character played by Roman Polanski, a tycoon halfway between Silvio Berlusconi and Rupert Murdoch (the story’s merger reflects Murdoch’s acquisition of Tele+ and the subsequent creation of Sky in Italy several years ago); and in the possible reflection on what happens to people (and not just companies) as a result of a merger, on personal dramas, careerism and the values of friendship in a society that seems numbed under a volcano that never erupts.

A great cast thanks to Nanni

The bewilderment of modern man

Quiet chaos is pain that is not manifested externally, says Nanni Moretti, the star of this drama directed by Antonello Grimaldi, in competition at the Berlinale

Francesca Archibugi to shoot Il colibrì in the summer

The Italian filmmaker will be on set from June, directing Pierfrancesco Favino, Nanni Moretti and Kasia Smutniak in her new movie based upon Sandro Veronesi’s novel of the same name

Bridging the Dragon at Cannes

CANNES 2018: For the third year running, the Cannes Film Market and Bridging the Dragon, in collaboration with the CNC, have organised the Sino-International Company Meetings

The director of Hungry Hearts will helm the series based on the bestsellers by the Italian writer, with production by Fandango and Wildside with Rai Fiction. Filming is set to start in the summer

Servillo, Auteuil and Polanski make for an international cast for the tenth film by the director from Palermo, the shoot for which will kick off on 26 May in France

European Distributors Up Next! 2010 - Denmark 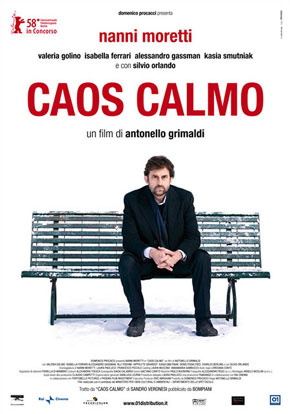