"Lady Jane", not so sweet

In this film noir, resounding gunshots punctuate a carefully chosen soundtrack that evokes different eras and settings, for here the director reunites three former activist-burglars (played by Guédiguian regulars Ariane Ascaride, Gérard Meylan and Jean-Pierre Daroussin) who haven’t seen each other since the 1970s. Their lives have since taken different directions but their past comes back to haunt them.

The son of Muriel (Ascaride, playing a hard-hearted heroine whom she describes as "unpleasant but poignant") has been kidnapped and she needs her “Jules and Jim” to help her find the ransom money, particularly as the abduction appears to be linked to their criminal past.

When her son dies before her eyes from a gunshot to the head, René (Meylan playing a Marseilles-style gangster who runs a striptease and slot machine club) and François (Daroussin - more idealist in his role as someone who rents out jet skis) offer to help Muriel avenge her son’s death and the three get caught up in a vicious cycle of violence.

The film, co-written by Guédiguian and Jean-Louis Milesi, is very well structured. Viewers are cleverly left in the dark about the past and the intentions of the characters (who share the same history but have three different moral codes), who are themselves baffled by the mystery of the kidnapping. And as little by little events become clearer, we realise, as does the despairing François, that nothing makes any sense.

At the press conference, Guédiguian said that due to its realism, film noir lends itself well to the depiction of a "desperate state of society": these three old friends, whilst remaining completely loyal to one another (just like the old friend-gangsters of 1950s French film noir), are no longer a united group. And thus we witness this "archaic recourse to revenge", which dominates the film and gradually takes hold of the characters.

Praised for his impressive direction and choice of locations, the filmmaker explained that he now writes with his favourite actors in mind (they are also his friends and so feel at ease working together). He also said that his films are "location" films in that he is so familiar with Marseilles and the surrounding region that he knows before shooting begins exactly where to go and thus avoids using too many film sets.

Produced by Guédiguian for Agat Films & Cie, the film's international sales are being handled by Films Distribution.

Filming is imminent on the feature starring Gérard Meylan, Anaïs Demoustier and Robinson Stévenin. An Ex Nihilo production to be sold by mk2 Films

Standing tall on the firm’s line-up are Robert Guédiguian’s The House by the Sea in the running for the Golden Lion, plus movies by Sara Forestier, Joan Chemla and Mahamat-Saleh Haroun

Robert Guédiguian shooting Don’t Tell Me the Boy Was Mad

The filmmaker from Marseille has again enlisted his loyal trio of actors, Ariane Ascaride, Gérard Meylan and Jean-Pierre Darroussin

Guédiguian shoots The Snows of Kilimanjaro

It’s back to Marseilles and a modern-day setting for Robert Guédiguian after his Paris-set Second World War drama The Army of Crime (presented out of competition at Cannes in 2009). On September...

Shooting gets underway in Paris today on Mona Achache’s debut feature: L'élégance du hérisson (“The Elegance of the Hedgehog”). The film is adapted from Muriel Barbery’s eponymous novel, which...

A story of revenge 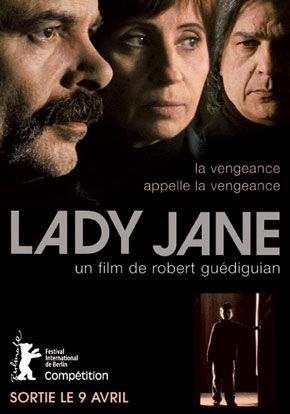