Flashbacks of a Fool

After enjoying a distinguished career where he made well-regarded music videos for the likes of Massive Attack, INXS and New Order and documented Oasis (Lord, Don’t Slow Me Down) and a New York transvestite prostitute (Mirror, Mirror), writer/director Baillie Walsh makes his feature film debut with a lush, sentimental, nostalgic film that has the look, sound and feel of a minor epic.

The film opens in LA with jaded movie star Joe Scot (Daniel Craig) whose life is awash in a heady cocktail of sex, drugs and alcohol. A phone call from his native Britain informs him that his childhood best friend Boots has suddenly passed away. This, coupled with the humiliating news from his agent that he’s been fired off his upcoming movie, intensifies his downward spiral.

Scot is now in a state where, to quote Proust, "I begin again to ask myself what it could have been, this unremembered state which brought with it no logical proof of its existence, but only the sense that it was a happy, that it was a real state in whose presence other states of consciousness melted and vanished. I decide to attempt to make it reappear."

Scot, then, revisits his past in a flashback. Scot’s (now played by Harry Eden) idyllic adolescence in an English seaside town (in the 70s) is occupied with raging hormones where masturbatory sessions with Boots (Max Deacon) jostle with frantic coupling with sex-starved older neighbour Evelyn (Jodhi May) and a crush on the town beauty Ruth (Felicity Jones). Inevitably, tragedy strikes, forcing Scot to choose a path that will chart the rest of his life. Back in the present, Scot returns home in a quest for redemption.

Revisiting the past is never quite the same. To quote Proust again, "It is a labour in vain to attempt to recapture it: all the efforts of our intellect must prove futile. The past is hidden somewhere outside the realm, beyond the reach of intellect, in some material object (in the sensation which that material object will give us) which we do not suspect." The "material object" in this case is the haunting tunes of 70s band Roxy Music, which recurs as the soundtrack to Scot’s flashback.

In addition, Walsh, together with cinematographer John Mathieson (Best Cinematography BAFTA for Gladiator) has managed to create a sun-dappled, dreamlike era evocative of nostalgia-soaked films like Summer of 42 and Indian Summer, though the camera does have a tendency to linger longer than necessary on Craig’s and Eden’s naked buttocks.

The young Scot’s journey, the child that made the man as it were, is studded with pleasing touches such as the quintessential 70s amusement arcade; Ruth introducing him to Jean Genet via David Bowie; and his failure to understand William Burrough’s Junkie. In a cruel irony, the adult Scot is an inveterate cocaine-snorter, ordering up to five ‘tickets’ at a time. Walsh is aided by superior performances from his cast, particularly Craig and Eden’s young and old Scots and May’s desperate housewife Evelyn.

Craig’s pre-eminent standing as James Bond, coupled with the harking back to an era before mobile phones and soulless motorways, is bound to strike a chord, at least with the British cinema-going public. UK distribution is by Miramax Films through Walt Disney Motion Pictures UK and Czech distribution by Blue Sky Media with Arclight Films handling international sales.

more about: Flashbacks of a Fool

"We closed the financing two months after the shooting!"

Six years in getting off the ground, with funding hard to find and a lead actor who had become a star: The multiple adventures of a film project and its eclectic producer

Flashbacks of a Fool

From Massive Attack and Oasis to a film that transports us back to the 1970s: The hectic career of a director who is both experienced and fresh

The 19th Dinard British Film Festival (October 2-5) kicks off today. This year’s edition will pay homage to Hugh Hudson. Six features will vie for the Golden Hitchcock, including John Crowley’s... 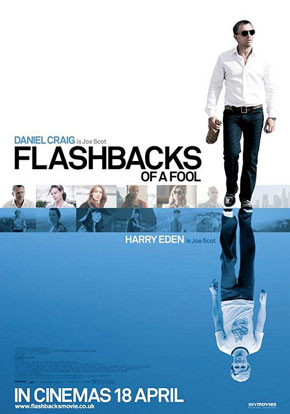