The Stranger in Me: haunting look at post-natal depression

"I wanted him to go away. I thought my milk was poison." Bold director Emily Atef (Berlin-born Franco-Iranian) plunged viewers into an ultra-realistic portrayal of the horrors of post-natal depression today in the International Critics’ Week with her second feature, the German production The Stranger in Me [+see also:
trailer
film profile].

Divided into two parts, the film – co-written by Atef and Esther Bernstorff – opens with the scene of a woman stumbling through a forest before she collapses. Flashback to Rebecca (Susanne Wolff) and Julian (Johann von Bülow), a couple of 30-somethings expecting their first child. But the birth is the start of a long descent into hell for this mother incapable of speaking to her baby and accepting her new responsibilities, the nurturing and loving role that society expects of her ("Pull yourself together, Rebecca!" she is told repeatedly).

She is caught in a spiral exacerbated by the loneliness of a house whose silence is broken only by the child’s cries, communication difficulties with a husband absorbed by his work and the criticism and lack of understanding from her family. The young mother thus sinks to depths that become dangerous for her baby.

On the verge of breakdown, Rebecca flees her home and once found – in a stupor – she is admitted to a psychiatric unit. From then on she begins a slow process of recovery tinged with doubts and feelings of guilt, before she is reunited with her child and can form a relationship with him.

This step nonetheless requires her to regain confidence in herself and confront the anxious distrust of her husband and family. The dramatic story is told from a female perspective and recounted realistically by a filmmaker who favours silence over psychological explanations, truthful characters over softened representations, and a visual realism centred closely on the actors rather than aesthetically appealing images.

For a small budget of around €500,000, The Stranger in Me was produced by Niko Film and co-produced by ZDF, Arte and DFFB (German Film and Television Academy Berlin), with backing from Medienboard Berlin-Brandenburg.

The film will be released domestically by Ventura Films on June 1. International sales are being handled by Bavaria.

more about: The Stranger in Me

Seven Lolas for 3 Days in Quiberon

BERLIN 2018: Emily Atef's fourth film looks back at Romy Schneider's last interview in an attempt to shed light on the relation between the persona and the myth

Director-screenwriter Emily Atef, who won acclaim for her first two features, Molly's Way and The Stranger In Me, started shooting on Monday, October 5 on her new project. The road movie set...

At its latest funding allocation session, held on March 29 in Berlin, the Franco-German committee granted a total of €1.24m to six co-productions: three majority German and three majority French....

The stranger in her

Emily Atef • Director The stranger in her

Spanish director-screenwriter-documentary filmmaker Isabel Coixet will be at the heart of the 2009 Schermi d’Amore (April 24-29), the film festival in Verona dedicated to big screen melodrama.... 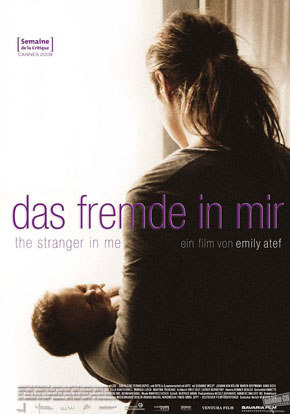