The mirror and the Frontier of Dawn

Lauded on several occasions at the Venice Film Festival, the 60-year-old filmmaker is in official competition at Cannes for the first time, with a work characteristic of an oeuvre that could be described as timeless and anachronistic, or even suggestive and ephemeral, depending on one’s point of view.

A past master in the art of black-and-white filmmaking with the help of talented DoP William Lubtchansky, Garrel has this time reduced the duration of the extremely long takes, making his recent films a truly hypnotic experience. The livelier rhythm and editing nonetheless do not detract from the director’s distinctive style, as he captures – with a sharp eye for beauty – human fragility and the slightest emotional response on the faces of the three protagonists, played by Louis Garrel (very much at ease in his father’s film), Laura Smet and newcomer Clémentine Poidatz.

Through the story of two love affairs experienced by a young photographer, Frontier of Dawn – co-written by the director, Arlette Langmann and Marc Cholodenko – establishes a symbolic link between the lure of dark realms and destructive passions (embodied by the suicidal actress played by Smet) and seemingly more conventional desires (the birth of a child and marriage plans).

Interspersed with fantasy sequences – in which the dead woman appears in the mirror and calls her former lover to the other side – the film’s classic confrontation between the forces of the mind (unconscious/conscious, dark room/sun and light, life/death) is portrayed in quasi-metaphorical terms.

This intimate battle is first of all explored subtly and then brought to the brink of abstraction by the radical Garrel, whose audiences are free to decide whether or not to join him on his journey through the mirror towards the Frontier of Dawn.

Produced by Rectangle Productions, the film was made on a budget of €2.53m. This included a €400,000 advance on receipts from the National Film Centre (CNC), €400,000 from the Ile-de-France region, pre-sales from Canal + and Ciné Cinéma, and €330,000 from Eurimages. Italian company Urania Pictures also co-produced, with a 21% investment.

more about: Frontier of Dawn

In the Shadow of Women to open the Directors’ Fortnight

The first clapperboard will slam on 21 July for the film, starring Stanislas Merhar, Clotilde Courau and Lena Paugam, and produced by SBS Films together with Switzerland

Philippe Garrel returns to the Lido with Jealousy

The filmmaker participates for the 6th time to the Venetian competition, while seven other French productions and coproductions compete for the Golden Lion

Katia Lewkowicz gets to grips with French Dolls

Laura Smet, Marina Foïs and Noémie Lvovsky for the new film by the director of Bachelor Days Are Over, produced by Rectangle

La jalousie by Philippe Garrel for the Ile-de-France region

The next movies by Marc Fitoussi, Hélène Zimmer, Hicham Ayouch and Tonie Marshall are also found amongst the project selected by the region

Summer heats up for the Garrels and Bellucci

French film out in force at Rotterdam

Led by Juliette Garcias’ Be Good – which is among the 14 films set to vie for the Tiger Awards – there will be a strong contingent of French productions at the 38th Rotterdam International Film... 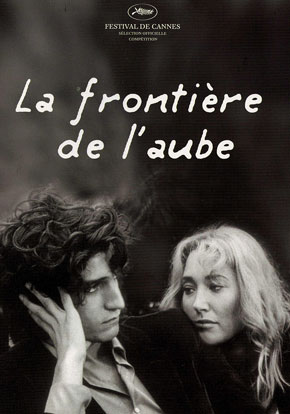