The Other One: The magical number two

French actress Dominique Blanc, winner of four Césars, plays the middle-aged Anne-Marie, a woman who finds the idea of a steady relationship very scary after having divorced her husband of 18 years. She leaves her handsome, younger boyfriend Alex (Cyril Gueï, Brice de Nice) because she cannot stand the idea he might like to marry her one day. She even taunts him to find someone else.

But when Alex gets a new girlfriend, it triggers Anne-Marie’s psychosis. She becomes insanely jealous and obsessed with the other woman, who remains unseen for the entire film. Anne Marie’s paranoia leads her through the looking glass and into a gruesome fantasy world where she substitutes for her rival – with bloody results.

Like in the Dutch-language Belgian feature Nowhere Man [+see also:
film review
film profile], which is part of the Venice Days section, The Other One frequently tips over into a realm that is part of one of the characters’ minds to explore their complicated emotions. The story is based on a novel by Annie Ernaux, and Bernard and Trividic use widescreen photography and sound design to cinematically heighten the sense of unease that pervades the story.

The Other One was produced by Patrick Sobelman for Ex Nihilo, with backing from Canal +, Ciné Cinéma, the Ile-de-France region and the CNC. Ad Vitam will release the film in France, while Films Distribution handles international sales.

more about: The Other One

Régis Sauder delivers a captivating journey into the past and the present of the new town of Cergy-Pontoise, traversed by its anonymous inhabitants and the fascinating writings of Annie Ernaux

Patrick Mario Bernard and Pierre Trividic put their names to an unusual and intriguing, metaphorical film about a man wrestling with a gift of invisibility gone wrong

Independent films will unspool on the sidelines of Cannes; the nine movies comprise five fictions and four docs; Pierre Trividic and Patrick-Mario Bernard are the most prominent names

The talented slam artist adapts his autobiographical tale for the big screen, and will be played by Pablo Pauly; the Mandarin production will be distributed by Gaumont

The CNC's advance on receipts for Les Gardiennes by Xavier Beauvois 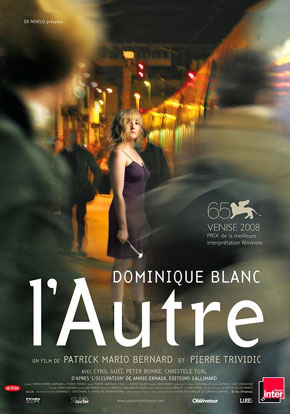