Jukka-Pekka Valkeapää’s debut feature The Visitor [+see also:
trailer
film profile] screened to an enthusiastic public in the Venice fest sidebar Venice Days. Mysterious and sparse, the film centres on the unnamed Boy (Vitali Bobrov), whose life revolves around the small farm on which he lives with his mother, visits to his incarcerated father and his only companion, a horse.

His routine is upset when a visitor (Pavel Liska, also the protagonist of Venice Days title A Country Teacher [+see also:
film review
trailer
interview: Bohdan Slama
film profile]) arrives with a message from his father and a bullet in his side. Suspended in an unspecified time and place, the film masterfully evokes the boy’s confusion and curiosity over the visitor, never letting the viewer in on more than the boy himself experiences.

At today’s Q&A, Valkeapää said The Visitor’s overall look was initially inspired by the works of US painter Andrew Wyeth. Creating a near-silent film that nevertheless speaks a universal language, he and co-screenwriter Jan Forström made the entire film from small fragments of this and another story they were writing. Forström, who went to film school with the director, added: “From the beginning, this film was about images, sounds and moods rather a conventional story structure.”

Valkeapää and DoP Tuomo Hutri opted for all natural light and a sober palette in the film, washing it in blues, greens and browns that capture the poverty within which the characters live and the lush natural beauty surrounding them. “Only the colour red was forbidden – we used it just for the blood,” said Valkeapää. “Otherwise we kept to a quite simple colour-scape.”

After auditioning over 800 boys for the main role, the filmmakers settled on riveting newcomer Bobrov, who carries the entire film on his shoulders. While acknowledging that making a film is never simple, the director admitted that “working with Vitali was the easiest part of the process. He is a true natural incapable of doing anything untruthful.” Bobrov told festival audiences that he very much enjoyed working on such a good film.

For his part, Liska gave nothing away of his mysterious character, saying that being in the film was “an exciting, different, poetic and enigmatic experience – like the film itself.” Shot for €1.2m by majority producer Finnish Film Foundation, The Visitor was made in collaboration with Eurimages, the Filmstiftung Nordhrein-Westfalen, ZDF, Arte, YLE, the Nordic Film & TV Fund, the Film Foundation and Ministry of Culture of Estonia and the Department of Film and Television at Helsinki’s University of Art and Design.

It is being sold internationally by Wild Bunch.

more about: The Visitor

The funding, which totals over €4.5 million, will serve to support the upcoming projects by Mika Kaurismäki, J-P Valkeapää and Ilmar Raag, among others

Two young outsiders on the run in They Have Escaped

VENICE 2014: The director of The Visitor returns with a kind of modern fairy tale about a troubled boy and girl who run away, immersing themselves in dreams, memories and terrible danger

At its 117th meeting, held from December 14-16 in Paris, the management committee of the European Council’s Eurimages fund granted a total of €4,770,000 in co-production funding for 13 features....

A total of 15 Nordic films will screen from October 18-24 at the 10th Nordic Film Days in Riga, organised by the International Centre of Cinema in the Latvian capital, in collaboration with Nordea...

Father Jacob in the running

Klaus Harö’s Letters to Father Jacob is Finland’s entry for this year’s Oscars nominations in the Best Foreign Language Film category. This is the second time the 38 year-old Härö is representing...

"I choose the surprising vitality of Central-Eastern Europe cinema" 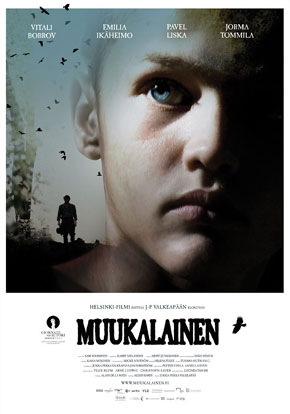