In present-day Kabul, a woman abandons her newborn baby on the back seat of Khaled’s taxi. This is the opening scene of Barmak Akram’s Kabuli Kid [+see also:
trailer
film profile], a journey across the Afghan capital in search of a mother about whom only one detail is known: that she has a mole on her right ankle, left uncovered by her long chadri.

Born in Kabul, but living as a political refugee in Paris, Akram has for some years divided his time between France and Afghanistan: “I’ve always dreamed of making a film in my city, but I didn’t want to make one from the perspective of a tourist”, explained the director, who found the perfect lead actor in real-life (part-time) taxi driver Hadji Gul.

The actors are therefore non-professionals found in the street, in the best neo-realist tradition. “I’m delighted to present the film in Italy, the country of Rossellini and Pasolini”, continued the emerging director, whose other inspirations for the work (which he co-wrote with Jean-Claude Carriere and for which he composed the music) include Iranian filmmaker Abbas Kiarostami, who also focuses on women’s experiences.

Although dominated by the male protagonist, Kabuli Kid also asks what it means to be a woman in post-Taliban Kabul. “The figure of the mother is central”, commented Akram, “I’m not interested in the stereotype of the veiled woman. I wanted, instead, to explore the universal problem of bringing a child into the world”.

Produced by Fidélité Films in association with Wild Bunch (who are handling international sales), 4 a 4 Productions, Auteurs Associés and Afghan Film, Kabuli Kid will also screen at the forthcoming Toronto Film Festival.

The eighth edition of the Transylvania International Film Festival (TIFF) opens today in Cluj-Napoca with the latest feature written and produced by Cristian Mungiu, Tales From the Golden Age,...

In present-day Kabul, a woman abandons her newborn baby on the back seat of Khaled’s taxi. This is the opening scene of Barmak Akram’s Kabuli Kid, a journey across the Afghan capital in search of... 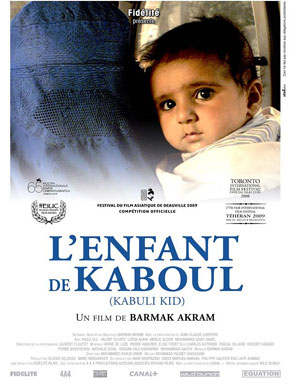