Yet another standing ovation from Venice Days audiences, this time for Sylvie Verheyde’s third feature film, Stella [+see also:
trailer
film profile]. The actress-screenwriter-director turned to her childhood for inspiration, to make a wonderfully moving yet unsentimental coming-of-age autobiography.

Eleven-year-old Stella (newcomer Léora Barbara) lives a turbulent but lively life among the barflies of her parents’ working class bar and boarding house. A poor student, when she starts middle school in a richer neighbourhood she quickly realizes the disadvantages and unhappiness that her ignorance and apathy present. Her first real friendship with someone her age, the daughter of Argentinean exiles and intellectuals (Melissa Rodrigues), opens her up to a world beyond drinking, gambling and fights – of books, music and dreams of new possibilities.

When asked about her experience in making the film, Barbara burst into tears and thanked the director and the crew before seeking comfort in an embrace from the director. The young actress brought further applause for a flawless performance that indisputably carries the entire film.

Verheyde claims that the project was kicking around inside her for years, yet became concrete only after her son started middle school. Stella’s strength and beauty lie in a balance of childhood innocence and adult comprehension that never slips into facile nostalgia. Said Verheyde: “I mixed the girl’s perspective and of course my interpretation of events as an adult. But my goal was to find the right distance between the two, in order to present as much of the story as possible through the girl’s eyes.”

Karole Rocher and singer-actor Benjamin Biolay are spot-on as Stella’s parents and Guillaume Depardieu is particularly stirring as the tough guy who secretly basks in the warmth of being Stella’s first crush.

Bruno Berthemy produced the €3.2m film for Les Film du Veyrier in co-production with Arte France Cinéma and WDR/Arte, with the participation of Canal+, CineCinema and the National Film Centre, and support from the Ile de France region, the Banque Populaire Images 8 and Sofica Soficinema 3.

The film will be released in France on November 12 and has so far been sold to Germany by international sales agent Films Distribution.

Shoot to start next Monday for Fleur de Tonnerre 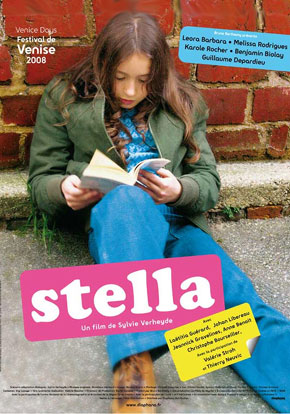