San Sebastian: Bullet in the Head, chronicle of a day in the life

Ion wakes up, drinks coffee, cleans up his house and goes out to meet with a laywer. That evening, he goes to a party, meets a woman and sleeps with her at her place. The first 50 minutes of Bullet in the Head are completely normal, seemingly nothing.

Ion receives a phone call, meets two friends with whom he drives along the highway from the Basque Country to France. They spend the night at the house of friends. The day after, they eat something in a bar and meet with two undercover cops, whom they shoot.

After winning a Goya for Solitary Fragments [+see also:
trailer
film profile], Jaime Rosales decided to lay it on thicker with Bullet, which screened at the San Sebastian Film Festival.

The film has almost no dialogue whatsoever. The main character in real life is called Ion Arretxe and is not an actor, but Rosales’ set designer. The director uses a distant and never subjective perspective to depict a true story that took place in Spain.

Says Rosales: "We were right in the middle of shooting Bullet in the Head and were interrupted to go receive the Goya Solitary Fragments". Thus, one cannot accuse the filmmaker of being the victim of delusions of grandeur, although the temptation to do so is great. One can only watch the birth of Spanish neo-neorealism, whose survival depends on the subtle reactions of critics, who have always been very generous with the Catalan director.

Yet it is unacceptable to ignore the public, of whom Rosales requires "interactive" participation. The public at today’s screening participated, and how, with clapping, foot stomping, a racket during the screening. Rosales has sparked controversy, appealing to a presumed apolitical situation. One must ask one’s self is all this apparent objectivity could result in a "dictatorship of passivity", of sorts.

Produced by Jose María Morales (Wanda) and Rosales, in co-production with France’s Le Productions Balthazar and sold internationally by The Match Factory, Bullet in the Head is a prominent candidate for this year’s Goyas.

more about: Bullet in the Head

The filmmaker is directing Anna Castillo and Oriol Pla in an optimistic, passionate and intense story that unfolds in various settings in Catalonia and the city of Melilla

The new film by the veteran US director, starring Gina Gershon, Wallace Shawn, Elena Anaya, Louis Garrel, Sergi López and Christoph Waltz and set in Spain, will be released internationally in 2020

CANNES 2018: Jaime Rosales crafts a sophisticated tragedy with classical undertones, which looms ominously over a rich family of artists tainted by lies, abuse, secrets and cruelty

Europe featured prominently at the third 2011 session of the Ile-de-France Regional Support Fund for Technical Film and Audiovisual Industries: the latest projects by Spain’s Jaime Rosales...

Jaime Rosales’s new work Dream and Silence is among the 15 projects selected for the Cannes Festival Cinéfondation Workshop, which is dedicated to development and co-production. The Barcelona-born...

Rosales and Antoniak at Cinéfondation Workshop

European directors will be well represented at the 6th edition of the Cannes Festival Cinéfondation Workshop, which yesterday unveiled this year’s selection of 15 feature film projects from 15...

Shooting starts next Monday on Delphine Gleize’s third feature, The Moon Child, starring Vincent Lindon (seen at his best recently in Mademoiselle Chambon). Discovered in the Un Certain Regard...

There is an impressive contingent of European films among the 13 new releases hitting French screens this Wednesday. MK2 is launching a ten-print run of Austrian director Götz Spielmann’s subtle...

A driving force for the circulation of quality European films across the continent, the Europa Cinemas network – headed by Claude-Eric Poiroux and presided by Claude Miller – kicks off its 13th... 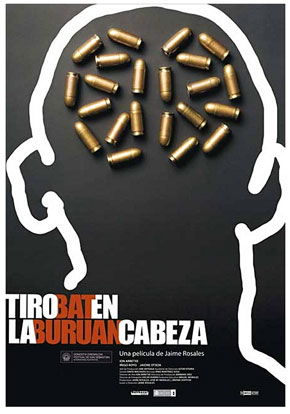