A Pretty Woman in reverse, and without the fairy tale ending, Client [+see also:
trailer
film profile] is a bittersweet film by actress-director-screenwriter Josiane Balasko (Best Screenplay César in 1996 for French Twist), in competition in Official Selection - Cinema 2008 at the third Rome International Film Festival.

The story centres on Judith, a beautiful 50-year-old divorcee and home shopping television presenter (played with class by a spot-on Nathalie Baye) who loves the company, without any false moralising, of young escorts recruited via Internet. These include Patrick (Eric Caravaca), who seduces her with his tenderness and simplicity. Nevertheless, the paths of the two lovers will remain separate.

Based on the novel by Balasko (who in the film plays Irene, Judith’s sister who, on the contrary, still believes in love and moves to Arizona to follow a passionate Native American prince charming), Client frankly tackles two burning issues: the loneliness of older, divorced women and male prostitution.

“Just as with French Twist, in which I dealt with lesbianism, with this film I wanted to fill a gap,” said the filmmaker, who admits she was inspired to mix tears and laughter by the great “commedia all'Italiana” of Ettore Scola, Dino Risi and Luigi Comencini. “Cinema is full of female prostitutes, rarely do people speak of the men who do the same”.

“I asked Josiane to play this role, it is a beautiful part for an actress,” said Baye, no stranger to transgressive characters (such as in Frederic Fonteyne’s A Pornographic Affair). “I’m probably chosen for the roles of women who break the rules because physically I’m classical and reassuring, and the contrast works,” she said.

Client is also a film on female pride, and speaks of women who have great dignity, are consistent with themselves and make unconventional choices in love as in life. In one exemplary scene, Patrick’s wife Fanny (Isabelle Carré), desperate because her husband has left her, cries to Judith, who tells her: “Don’t humiliate yourself like this, no man is worth it.” This from a woman whose husband left her for a woman (seen pregnant at one moment in the film) young enough to be her daughter. Obvious but true.

"A very attractive diversity for buyers"

Interview with the head of international sales at Gaumont, who gives an overview of the international film markets’ state of health and a close look at the assets in her company’s line-up

Absent from screens since The Girl from the Chartreuse (2005), Jean-Pierre Denis will start shooting his sixth feature, Here Below, on October 4 in Dordogne. The film is based on the true story of...

Celebrating its 10th anniversary, the 2009 French Film Party is more ambitious than ever. Once a mere selection of avant-premieres in Portugal, the Party now offers more films, more guests, a new...

Having decided not to take part in this evening’s 2009 Cesar Awards ceremony (see news) – for which his film Welcome to the Sticks received just one nomination (for Best Original Screenplay) –...

Louise Michel in competition at Sundance

Awarded Best Screenplay at San Sebastian and presented in the official selection at the London and Rome Film Festivals, the social satirical comedy Louise Michel by Benoît Delépine and Gustave...

After a seven-week shoot, filming wraps up today on Laurent Perreau’s debut feature: L'insurgée (“The Rebel”). The film – produced by Galatée Films – explores generational conflict between a... 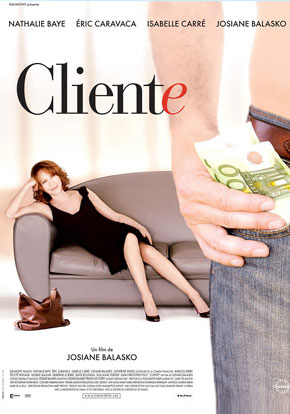