One of the last Special Screenings at this year’s Rome Film Festival is Guy Ritchie’s gangster saga RocknRolla [+see also:
trailer
film profile]. The film looks at the changing mafia milieu in the British capital, where people from Eastern Europe are pushing traditional Londoners out of the market.

RocknRolla was not only directed but also written by Ritchie, who is also one of the producers. It is a return to the blend of toughness, grit, humour and convoluted plots that typified his first two films, Lock, Stock and Two Smoking Barrels and Snatch.

Scottish beefcake Gerard Butler (the Spartan king from US blockbuster 300) stars as a small-time hustler hoping to break into the real estate market with a loan from a crime boss (Tom Wilkinson).

A louche Russian millionaire (Czech actor Karel Roden) and his femme fatale creative accountant (Thandie Newton) are also part of the large web of characters and relationships that grows increasingly complex, though everything is neatly unravelled in the end.

Ritchie, who was not in Rome to present the film, notes in the press material that the entire cityscape of the British capital has changed since the arrival of people from the East, which inspired him to set the film in the shady world where crime and real estate meet. Says Ritchie: “The Eastern European do not negotiate prices for real estate but just decide what they want to have and then offer twice the price”.

RocknRolla was produced by Dark Castle Entertainment in association with Toff Guy Films and with backing from StudioCanal. It was released in the UK by Warner Bros. The Italian arm of the same company will release the film in Italy.

Dejan Zečević's The Rift launches in Serbia and Slovenia

Next to Me: A socially engaged arthouse crowd-pleaser?

The US production starring James Floyd, Noémie Merlant and Anthony LaPaglia is being shot entirely in Serbia with a local crew

Nellis gearing up for Lidice 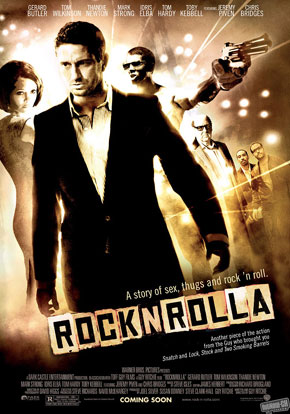