Despite the unexpected defection of Shane Meadows (who along with his latest film, Somers Town [+see also:
trailer
film profile], one of the festival’s most anticipated titles, did not come to Turin), England nevertheless takes centre stage at the Turin Film Festival. Not just with the classics of the British Renaissance (which ahve drawn large audiences) but also with new talents, such as debut filmmaker Rupert Wyatt, out of competition with The Escapist [+see also:
trailer
film profile].

The film, produced for €3m by the UK’s Picture Farm and Ireland’s Parallel Film Productions, will be distributed in Italy by Lucky Red (under the title Prison Escape, perhaps to capture audiences of Prison Break).

“The prison genre is still very popular, and has produced many audience hits,” said Wyatt, who explained that for The Escapist he was inspired less by American blockbusters than the laconic films of his favourite director, Jean-Pierre Melville (the subject of another retrospective at Turin this year). To the point where main character convict Frank Perry, who is serving a life sentence and with other inmates plans a prison break, “speaks less and acts a lot, just like Alain Delon of The Godson”.

The standards were high – “I was also influenced by the 19th century story “An Occurrence at Owl Creek Bridge” by Ambrose Bierce,” said Wyatt – behind this entertaining film that makes the very most of its cast (especially an impressive Brian Cox, alongside Joseph Fiennes, Liam Cunningham and many others), music (from a Leonard Cohen ballad to the title track by Coldplay) and locations.

Above all, the prison, “photographed in a non-naturalistic way, with a torrid, almost tropical atmosphere. A claustrophobic and even science fiction place, governed by laws and hierarchies that exist only in that parallel universe,” said the director.

And the underground passages of the escape, which “were impossible to reconstruct in a studio because of the limited budget, so I spent a long time searching for real ones, and got permission to film a part of London that’s never seen,” added Wyatt (who wrote the script with Daniel Hardy), who will soon get to work on the film adaptation of the Sebastian Faulks novel Birdsong, set during WWI.

more about: The Escapist

Royally Ever After set to shoot in Ireland

The fourth edition of Rome’s Irish Film Festa opens November 24 with the conference Going Irish, which will explore strategies and methods for creating a bilateral co-production agreement between...

Ironclad gets underway in Wales

Principal photography has commenced and will go on for seven weeks on location and in studio in Wales for Mythic International Entertainment’s Ironclad. This action/historical feature is the...

23 producers on the move to Cannes

For the tenth year in a row, the members of European Film Promotion have selected a number of promising European producers to take part in the initiative Producers on the Move at the upcoming...

In the wake of the recent terrorist attacks on Mumbai, it was only appropriate that Danny Boyle’s paean to the city, Slumdog Millionaire, won three major awards at the 11th annual British...

Despite the unexpected defection of Shane Meadows (who along with his latest film, Somers Town, one of the festival’s most anticipated titles, did not come to Turin), England nevertheless takes... 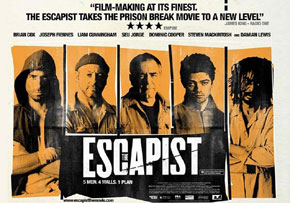