09/12/2008 - A difficult subject ­ the darkest chapters of Italian politics, which have never truly been closed ­ told through a free and highly modern cinematic language

A Christian Democrat and seven-time Prime Minister, Andreotti was over the years nicknamed Beelzebub, Eternity, The First Letter of the Alphabet, The Indecipherable, God Giulio; accused of having ties with secret Masonic lodges (Licio Gelli’s P2) and with the Sicilian Mafia; investigated for the murder of journalist Mino Pecorelli. He has appeared 26 times before parliamentary investigation commissions and his favourite saying, stolen from Talleyrand, is: "Power wears out those who don’t have it".

The film, which opens with a glossary that ironically should help viewers understand Italian politics, immediately begins presenting Andreotti’s court, the members of his political inner circle: Cirino Pomicino, always surrounded by beautiful women; Vittorio Sbardella, named the “shark”; and Giuseppe Ciarrapico, Franco Evangelisti and Salvo Lima (who was later killed by the mob).

It continues with an infinite tracking shot of characters that non-Italian audiences will have trouble remembering: other prelates, generals, judges and Mafia “pentiti”. At the centre lies the “deity” (played by Toni Servillo, complete with pointy ears and a hump on his back), with this terrible migraines and his secret intrigues.

The dialogue – which hails from the repertoire of Andreotti, a man with a ferocious sarcasm – and tragicomic situations flow rapidly, all the more contorted by an ingenious and mature director, and underscored by a good choice in rock music. The urgent and farcical style recall Elio Petri of We Still Kill the Old Way, Investigation of a Citizen Above Suspicion (winners at Cannes in 1967 and 1970, respectively) and Todo modo. What emerges is a portrait of a grey man who is not particularly intelligent (according to his tender but strict wife Livia), and whose political career seems to have been dedicated to evil.

"We produce films we’d like to see as viewers"

The right balance between enthusiasm and realism

"I explored the light and shadows of an Italian mystery"

Relating the dark nature of power, through a presentation not merely of the facts but emotions as well. Like Elio Petri and Francesco Rosi before him

A difficult subject ­ the darkest chapters of Italian politics, which have never truly been closed ­ told through a free and highly modern cinematic language

“John Malkovich is the lay version of the Pope”

VENICE 2019: Paolo Sorrentino talks about returning to Rome, and Venice, for the second season of The Young Pope, which boasts a name change, The New Pope, and John Malkovich added to the cast

Campania Cinema Law; evidence of Campania’s renewed attention to its own potential 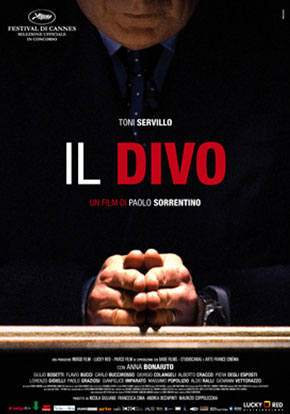