Longing for more with Mammoth

Ten years after introducing world and Berlin audiences to his powerful voice with Fucking Amål, Swedish filmmaker Lukas Moodysson is back at the Berlinale, miles away in budget size from his debut and a voice somewhat less striking yet very much with the same obsessions.

Three years, three continents (the film was shot in Sweden, the US and Thailand) and 23 script drafts in the making, Mammoth [+see also:
trailer
film profile] still relies on one unique idea: people living in a global world, communicating and sharing emotions via technology and longing for one another, a theme already explored in Babel.

Leo (Gael Garcia Bernal) is a successful web game creator who travels to Thailand on business. His wife Ellen (Michelle Williams) is a surgeon who works night shifts at a hospital. Their daughter is raised by their Filipino nanny Gloria, who sends money home to feed her two boys. The US couple have a luxurious New York flat, complete with a gigantic fridge overloaded with food. Yet their work forces them away from family and true values.

Moodysson returns time and again to the same central idea, through to the dramatic ending that forces all the characters to make changes. The story contains themes that recur in most his films, such as human exploitation, be it through the sex trade or, as in Mammoth, domestic help in the Western world.

"I wanted people to react, be it over the rich/poor divide, or caring or not for children, although I don't really care how they will react. I make films to express something I feel," said Moodysson at the press conference. "With my films, I try to speak with different voices. Sometimes I feel like screaming, like in A Hole in my Heart. After having whispered in my two previous films, I wanted to speak, and I hope people will understand what I wanted to say."

A dozen European financiers were involved in the €10m film, which was produced by Moodysson’s usual partner Lars Jönsson (Memfis Film), in co-production with Zentropa's German and Danish branches. Mammoth was released in Sweden and has been pre-sold to a dozen territories by TrustNordisk.

We Are the Best! was also the best at the Tokyo Film Festival

Moodysson’s We Are the Best! gets better and better

Before its local premiere, Swedish director Lukas Moodysson’s new feature is a bestseller for Denmark’s TrustNordisk after screenings in Venice and Toronto

We are the Best, three rebellious girls in 1980s Stockholm

Four years after the flop of Mammoth, Lukas Moodysson has put his name to an entertaining comedy. Starring three teenagers in a punk band

We Are the Best! is good enough for both Venice and Toronto

In We Are the Best, Swedish director Lukas Moodysson returns to the streets of Stockholm after his international Mammoth venture 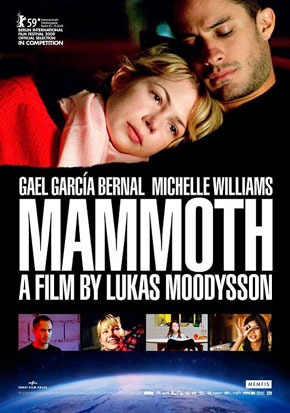