If the titles presented so far in competition at the Berlin International Film Festival have on the whole perplexed festival-goers, journalists’ emotion at this morning’s screening of Rachid Bouchareb’s London River [+see also:
trailer
film profile] was strong and unanimous. More than a few even choked up at the press conference afterwards.

The Algerian-born filmmaker once again brings North and South together in an intimate story based on a terrible event familiar to all: the London bombings of July 7, 2005. The director found the city particularly appealing due to its multiculturalism.

The film centres on Ousmane (Sotigui Kouyate), a black African Muslim who works as a forest warden in France, and Elizabeth (Brenda Blethyn), an English woman who lives a peaceful life in the natural surroundings of Guernsey. When they hear about the terrorist attack, they both have a horrible feeling that something has happened to their respective children, Ali and Jane. They cross the Channel to look for them in this chaotic capital that leaves them disorientated.

Ousmane hasn’t seen his son for 15 years and no longer knows his face. Elizabeth arrives in the mainly Muslim neighbourhood where her daughter lives ("and where she feels like a foreigner", commented Blethyn) and realises she doesn’t know her. He is calm; she is stricken with panic and discovers prejudices she didn’t even know she had.

When they find a photo of Jane and Ali together, Elizabeth’s initial reaction is one of paranoia. But as their paths continue to cross, and it emerges from their inquiries that their children lived and attended the mosque together, a special bond forms between them, for they ask themselves similar questions and ultimately realize that their lives are not so different.

Bouchareb explained: "The screenplay isn’t dense. Everything is in the journey that the actors agreed to embark on". He added that he would not have made the film without Kouyate and Blethyn: "It was those two or nobody".

"Rachid loves his actors and I’ve never known such a harmonious film shoot", said Kouyate, a born storyteller, who – after praising the difference that leads to complementarity and gives rise to such harmony – compared the film to a fertile tree. Bouchareb agreed and said that the shoot was like a holiday during which he lived for each moment and took pleasure in watching his actors evolve. "Nothing was fixed. I told myself that the truth would come out in this encounter, something would happen," he said.

The magic did its work for just like the tragedy that serves as the story’s context, it is this spark of humanity that inspired the sincere emotion in the visibly moved audience.

The Panorama section of the Berlin International Film Festival will feature Road to Istanbul and Paris 05:59

Amazon Studios has purchased The Neon Demon by Nicolas Winding Refn, and Lionsgate has bought thrillers The Commuter and Our Kind of Traitor

Rachid Bouchareb presents a very convincing Forest Whitaker as a man of good will, hopelessly battling social judgment and his own inner demons... 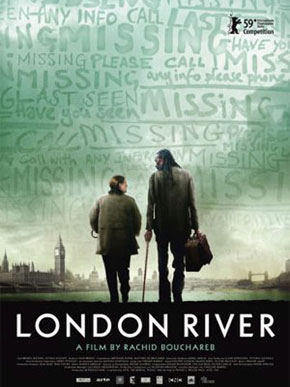