23/02/2009 - Truthful to the Nordic tradition of absurdist comedy-drama, and cleverly marketed as an “anti-depressant off-road movie”, North worked its magic on Berlinale audiences

Screened as the opening film of the Panorama Special, the Norwegian film North [+see also:
trailer
interview: Rune Denstad Langlo
film profile] won two awards – the FIPRESCI Prize for Best Film and the Europa Cinemas Label (ex aequo) for Best European Film in the Panorama section – and was one of the few titles that sparked bidding wars amongst international buyers. An excellent start for Rune Denstad Langlo, who used his documentary skills and expert help from co-scriptwriter Erlend Loe (Gone with the Woman [+see also:
trailer
film profile]) and DoP Philip Øgaard (Kitchen Stories) to deliver a charming and entertaining film.

The opening scene sets the tone as Jomar (Anders Baasmo Christiansen), a former skier turned attendant in a remote ski resort, stands motionless looking at the white skies, a ski-lift plug in hand, as a kid yells at him to turn the machine back on. Jomar suffers from depression. His life is meaningless. His only pleasure is getting high on a cocktail of alcohol, rolled cigarettes and pills while watching National Geographic’s Tunnel Disaster Week. Until one day, when an old acquaintance turns up at his door and tells him he has a son, pulling him out of his lethargy.

He heads north, 500 kilometers above the Arctic Circle, with his vital anti-depressants and drinks in tow, determined to meet his former girlfriend and child. On his journey off the main roads, first on a snowmobile, then on skis, he meets colorful people, all living in total isolation: a teenage girl who takes care of him when he is snow-blinded, against her grandmother’s will; a young man who teaches him an unforgettable trick of getting drunk without drinking (putting an alcohol-soaked tampon on top of the head); soldiers on a military training exercise who use the unexpected encounter with Jomar to roll a cigarette with him; and an 80 year-old Sami waiting for his final hours in his lavvu.

Following the traditional rules of a road movie, whereby the hero goes on a quest that helps him find personal wisdom, the director cut the storyline to the bone and dialogues to the minimum. Here, silence and characters’ expressions are more eloquent than words. Denstad Langlo skillfully avoided the pitfalls of a psychological drama by balancing the melancholic with the comical. As the director’s alter ego in the film, Baasmo Christiansen is a revelation, and his deadpan acting could win him laurels at festivals worldwide.

“I like the rhythm of melancholy, then absurd humour, then melancholy again”

Truthful to the Nordic tradition of absurdist comedy-drama, and cleverly marketed as an “anti-depressant off-road movie”, North worked its magic on Berlinale audiences

Welcome to Norway!: How to strike it rich with 50 refugees

"Once you enter this door you will never leave. And I am still there," explained Brede Hovland, who has so far produced three features and a television series

Sola Media bets that buyers in Cannes will ‘go bananas’ with the Danish animation film Marco Macaco - Let’s Go Bananas and German Victor and the Secret of Crocodile Mansion screening as world...

Hamer on the future of the kilogram, Poppe on a woman war photographer

Kicking off today is the 3rd Ciné Nordica Festival, which will run until March 8 at the Cinéma du Panthéon in Paris. Opening with Swedish director Pernilla August’s Beyond (unveiled in Venice...

NonStop goes Beyond the Border with Optimum 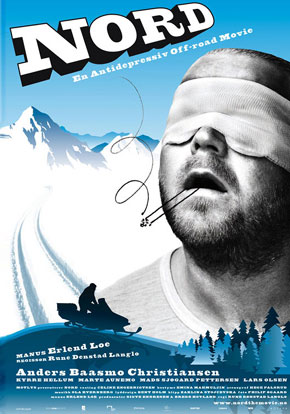