Fortapàsc looks at journalist murdered by the Camorra

“Giancarlo Siani was like clean water flowing from Vomero [a wealthy Naples neighbourhood] to Torre Annunziata [one of the city’s more violent neighbourhoods], where many tried to turn it into mud. They couldn’t, and that’s why they killed him”, says Marco Risi of the main character of his Fortapàsc [+see also:
trailer
film profile]. The film’s titles takes it’s name from the journalist of Neapolitan daily Mattino killed by the Camorra in 1985 for having exposed ties between the local mafia and the local government.

Presented to a warm reception as an avant-premiere at Naples’ Teatro San Carlo last Monday, the film produced by Bi Bi Film, Rai Cinema and Minerva Pictures is a biopic that aspires to the levels of the great political and social films of Francesco Rosi (whose Hands Over the City is explicitly cited).

However, despite the strength of the story, reflections on journalism, its pressing subject and lead actor Libero De Rienzo’s spot-on imitation of the journalist, Fortapàsc is not particularly powerful. And is nothing like Matteo Garrone’s raw and involving Gomorrah [+see also:
film review
trailer
interview: Domenico Procacci
interview: Jean Labadie
interview: Matteo Garrone
film profile], which Rosi also mentioned.

“That film had a rhapsodic structure and an underlying pessimism that was almost apocalyptic. My film is more traditional, it pivots upon a captivating character and is more hopeful”, said the director.

Fortapàsc covers the last months of Siani’s life, the period in which he began an investigation into the “mud” of Torre Annunziata: on falsified contracts, voter corruption, murders and alliances between boss and Camorra families. This plunge into the criminal world is diluted by the attention the film pays to Siani the man: his relationship with his girlfriend (Valentina Lodovini), friend Rico (Michele Riondino), judge Rosone (Gianfelice Imparato) and police captain Sensales (Daniele Pecci).

The film is begin released by 01 in Campania on March 20 on 58 screens and in the rest of Italy on March 27 on another 150 screens.

The Mouth of the Wolf in France in June with Bellissima

The Mouth of the Wolf by Pietro Marcello will be distributed in France on June 23 on 12/15 screens (including 4 in Paris) by Bellissima, the brand-new company founded by Fabio Conversi (Babe...

The need to boost financing for arthouse cinema and for film associations, which are important in the distribution of non-mainstream films, is one of the issues that emerged over the course of the... 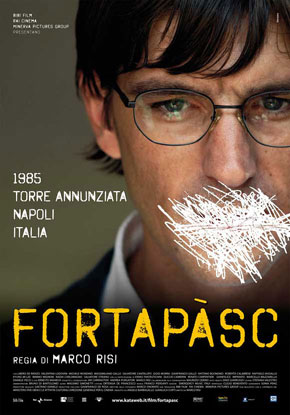