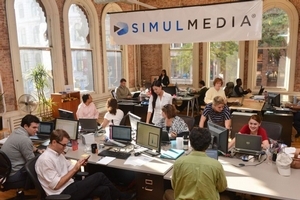 Simulmedia, a company that has partnered with cable companies, TiVo and others in order to collect anonymous data that it then uses to target TV viewers with relevant advertising, has raised $25 million in a financing round that includes money from a new investment firm co-founded by former Time Warner CEO Dick Parsons.

The Series D round brings the total amount raised by Simulmedia to $59 million, the company said on Tuesday.

Leading the round was Valiant Capital and participants included R&R Venture Partners, which was founded by Parsons and Ronald Lauder. The round also included previous investors, including Time Warner Investments, Allen & Co., Avalon Ventures and Union Square Ventures.

Simulmedia, based in New York, says its clients numbered 30 advertisers and their agencies and that it created campaigns that scored results up to 300 percent better than those with traditional TV scheduling and targeting.

Simulmedia has access to billions of hours of viewing habits, and it uses the data to help advertisers choose interesting places to find the demographic they seek. For Reddi-wip dessert topping, for example, it found high concentrations of their target audience watching Dog the Bounty Hunter on A&E at 8:38 a.m. and watching UFOs Over America at 4:20 p.m. on the Destination America channel.

The company operates the Simulmedia Audience Network, which it describes as "the world's first data-driven audience network for television."

"Simulmedia became profitable this quarter for the first time, as audience-based buying on TV went from 'interesting concept' to large-scale testing," said Rich Levandov, a partner with Avalon Ventures. "Buyers are now building it in as part of their core TV media strategies."