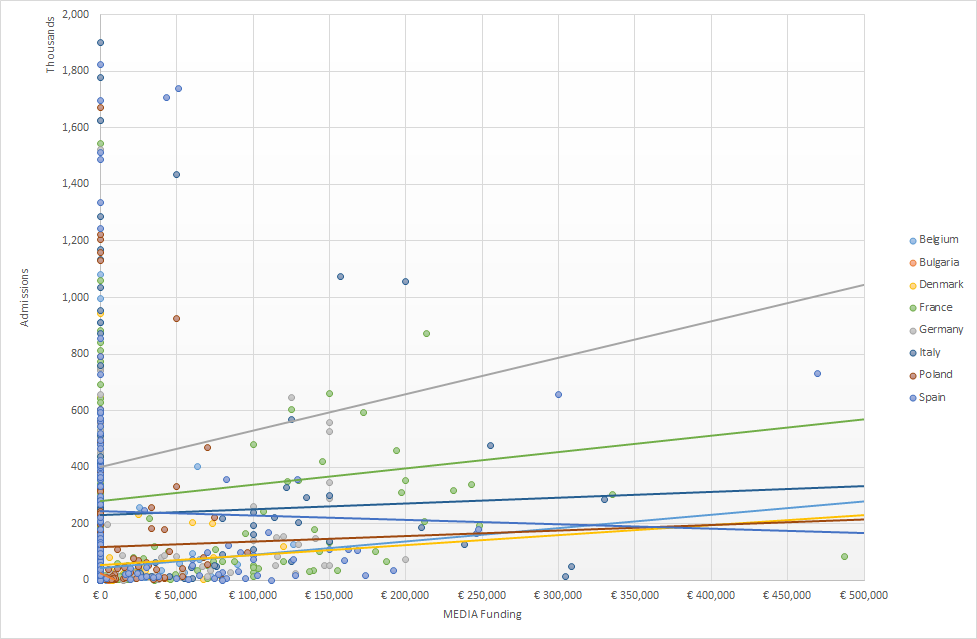 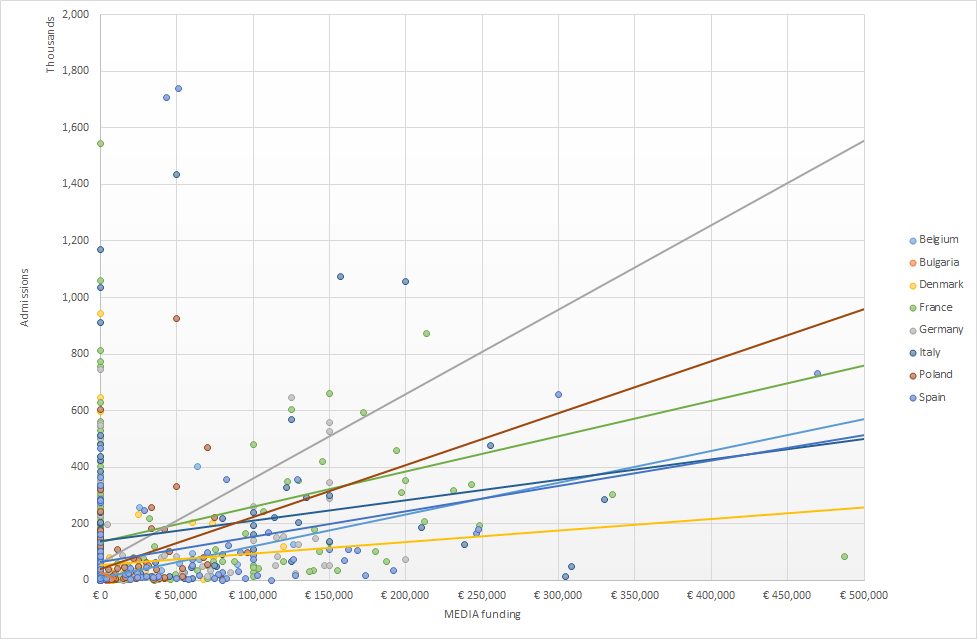 Oscar-winning period drama The King’s Speech [+lee también:
crítica
tráiler
entrevista: Tom Hooper
ficha del filme], for example, secured 2.4 million admissions in Germany with the support of only €50,000 from MEDIA – equivalent to 49 admissions for every €1 subsidy.

By contrast, Arthurian action adventure The Last Legion [+lee también:
tráiler
ficha del filme], which incidentally also starred Colin Firth, took only 75,647 admissions despite receiving an award which was ten times larger (€502,000) – or about 0.15 admissions for every €1 subsidy.