Running from 28-31 January this year, the International Film Festival Rotterdam’s CineMart is undergoing a facelift. Starting with a refocused edition (see the news), the 35th iteration of the co-production market has also introduced a Spotlight event. During a session of public discussions between the mentors of each group of projects and the participants, which also included questions from the audience, the 16 feature projects at CineMart were revealed to a wider audience. The session, which took place on Monday 29 January, was introduced by the head of IFFR PRO, Marit Van Den Elshout, was moderated by Marten Rabarts, head of EYE International, and gave a better insight into each project separately. 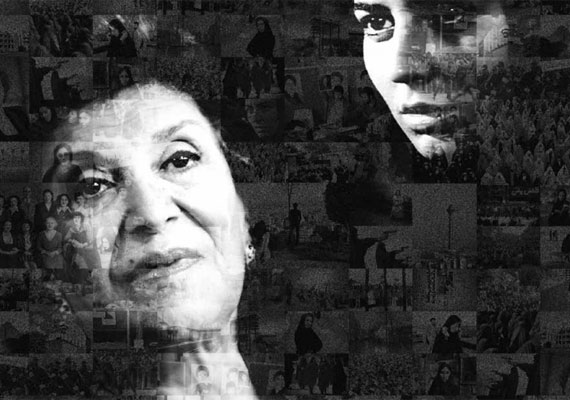 A promo image for Mitra by Kaweh Modiri

This report sheds particular light on the projects that have a primarily European interest, starting with the host country, the Netherlands, which was represented by one project this year. Dutch artist, filmmaker and writer of Iranian descent Kaweh Modiri (Bodkin Ras) presented his new feature, Mitra, a drama that follows 70-year-old Haleh, a well-respected Iranian author and public figure who is now living in the Netherlands. In 1981, two years after the Islamic Revolution, Haleh’s daughter Mitra is executed. Even after 35 years have passed, Haleh still suffers from the pain of that loss, especially because she knows who betrayed her daughter. Now, she receives the news that someone who fits the description of Mitra’s traitor has come to live in the Netherlands as a refugee. The film is being produced by Frank Hoeve and Katja Draaijer for BALDR Film, is budgeted at €2.15 million, and is looking for co-producers from Germany, Belgium, France and Denmark, as well as sales agents, broadcasters and distribution partners.

Following up with neighbouring Belgium, two projects were selected this year. In her sophomore feature, Mon légionnaire, Belgian-based French filmmaker Rachel Lang (Baden Baden, 2016) explores the survival of a couple under immense pressure. A Ukrainian woman, Nika, arrives in Corsica with her boyfriend, Vlad. He is an ambitious legionnaire, who belongs to the 2nd Foreign Paratroops Regiment. Vlad’s dream is to join the elite of the French Army, but this will also constitute his new family. Nika will be forced to adapt and learn to live the harsh life of a military wife. Jérémy Forni (Chevaldeuxtrois, France) and Benoît Roland (Wrong Men, Belgium) are the producers; the film is budgeted at close to €4 million and is looking for co-producers from Eastern Europe, the Netherlands and Denmark, plus a dedicated sales agent. 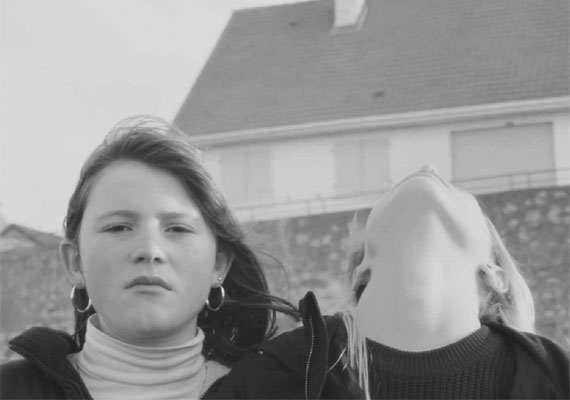 Belgium’s Ann-Julie Vervaeke presented her first feature, Waterwolf, a coming-of-age drama that follows two teenage girls and best friends, Lilith and Violaine. The boyish Lilith has a deep connection with her mother Dolores and a strong bond with her best friend. Despite their deep connection, Violaine is jealous of the mother-daughter relationship and feels like an outsider, and she will therefore try to bring Lilith closer to her. Based on Lara Taveirne’s novel The Children of Calais, the film is being produced by Anastassia Oudovitchenko and Melissa Dhondt for new company Earlybirds Films, is budgeted at €1.428 million and is looking for key co-producers from the Netherlands, France and the rest of the world.

There was a strong presence of Nordic projects at CineMart as well, with three presentations. Icelandic director Hlynur Pálmason’s new project comes right after his successful debut, Winter Brothers, and is entitled A White, White Day. It is a mystery-drama that follows the story of Ingimundur, a responsible father, widower and small-town sheriff who has been off duty ever since his wife disappeared two years ago. Her car was found in the ocean after falling 30 metres from a mountain road. Her body was never found, but she was pronounced dead after a series of extensive searches. Produced by Anton Máni Svansson (Join Motion Pictures, Iceland) in co-production with Katrin Pors (Snowglobe, Denmark), the film is budgeted at €1.126 million and is looking for co-production partners from Sweden, Germany and France, in addition to international sales and TV pre-sales. 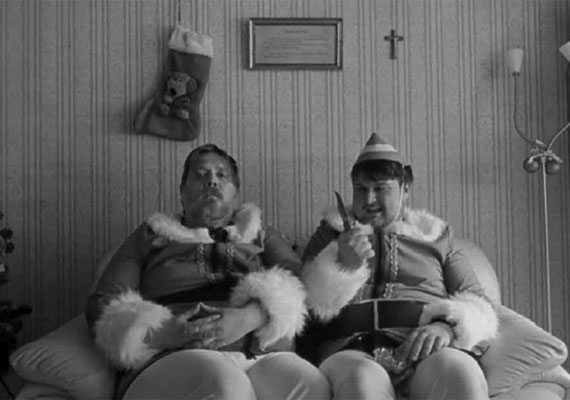 Having grown up in a remote village in Denmark, Jesper Dalgaard presented his debut feature, Moonblood, which also has a personal significance for him. Forty-year-old Erik is living in a secluded country house with his brain-damaged younger brother, Jonathan. After his car accident, Jonathan, who is also mute, needs Erik’s constant care and attention. Trying to keep his brother, whom he secretly detests, happy, Erik is forced to celebrate Christmas all year round while trying to escape from this hell, as the world is coming to an end. The film is being produced by Maria Møller Christoffersen for Danish outfit Beofilm, is budgeted at €1 million, and is looking for co-producers from anywhere in the world, focusing on the Netherlands, Germany and France.

Debutant Swedish filmmaker Lovisa Sirén presented her project Sagres, which tells the story of two sisters who want to be independent. On one hand, Delilah is younger and more free-spirited as a half-failing musician in Stockholm; she has left her son with her mother in Sagres, Portugal. On the other hand, Nilo is an extremely responsible feminist and a role model for her daughter. The two sisters will embark on a road trip to Portugal, when they learn that their mother is getting sick. It will be a trip of revelations. The film is being produced by Siri Hjorton Wagner, for [sic] film, is budgeted at €1.5 million, and is looking for European co-producers from Denmark, Germany, France and Portugal. 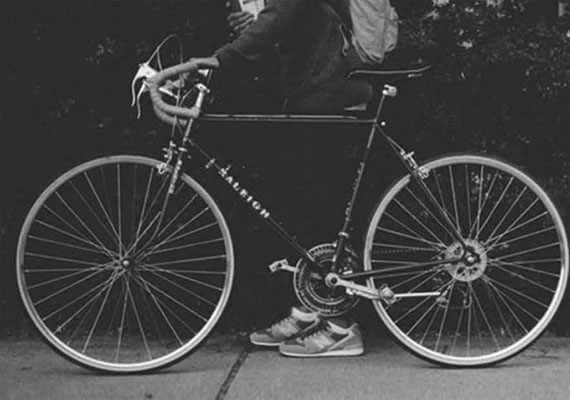 Berlinale Talents alumnus Dean Loxton introduced his debut feature, Nathan Won’t Ride, a coming-of-age drama following Nathan, a disaffected gay teenager who inherits his late brother’s professional bike. Initially unwilling to accept the bike, since for him it relates to his brother’s suicide, Nathan decides to keep it but still refuses to rejoin his cycling team. A string of serious incidents force him to make this decision, but still no one understands him. Produced by Dan Cleland and Elizabeth Boag for British company Lions Den Films, it is budgeted at €750,000 and is looking for European partners, particularly for post-production.

Matt Porterfield presented his fifth feature, Check Me in Another Place, a drama about 40-year-old African-American rapper Martin Ellis, aka Mars-1, who had some one-hit wonders during the late 1990s. In an attempt to relaunch his hip-hop career, Mars-1 agrees to embark on a European tour including Paris as one of the legs – although the real reason is to reconnect with his ten-year-old son, who lives there with his mother. Produced by Gabrielle Dumon, who also produced Porterfield’s previous film, Sollers Point, for France’s Le Bureau, in co-production with Jordan Mintzer (Hamilton Film Group, USA), the film is budgeted at €2.8 million, and is looking for partners from Germany, Belgium, Luxembourg, Switzerland, sales agents, distributors and equity investors.

French director Jean-Gabriel Périot (A German Youth and Summer Lights) presented his musical melodramatic feature project Ô mon amour. Literature professor Éric leaves for Chile to attend a seminar. There, he will meet Alejandro, an attractive student, and they will soon become closer, although Éric still loves his partner Stéphane, who is back at home. The movie is being produced by Nicolas Brevière for Local Films in co-production with David Epiney for Alina Film, is budgeted at approximately €2.3 million, and is looking for co-producers from Germany, Switzerland and Belgium, plus sales agents, broadcasters, film funds and financiers. 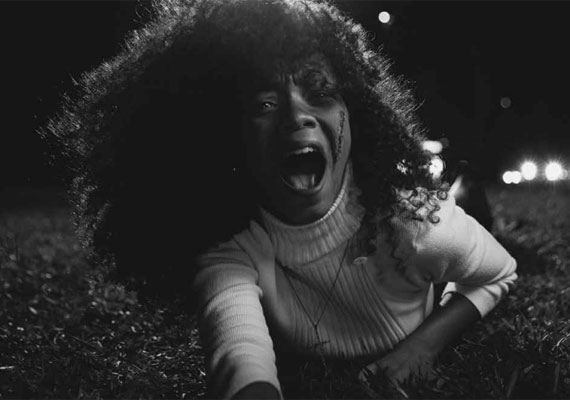 Brazilian director Anita Rocha da Silveira, known for her Orizzonti debut Kill Me Please, presented her sophomore effort, Medusa, which was developed in the Berlinale’s Script Station and TorinoFilmLab’s ScriptLab. Readapting the myth of Medusa, the film follows Treasures of the Altar, the female youth squad of the Heirs of the Lord Evangelical Church, which pursues and punishes all women who have deviated from “good behaviour”. The film is a co-production by Vania Catani for Brazil’s Bananeira Filmes and French company Ciné-Sud Promotion, is budgeted at around €1 million, and is seeking funding and co-producing partners and a sales agent.

Finally, the sole African representative, the French-Madagascan project Disco Afrika, directed by Luck Razanajaona and produced by Jonathan Rubin and François Magal for Réunion-based We Film, is a story influenced by the 1970s civic awakening in Africa, in conjunction with the artistic and musical awakening.

Crítica: Ballad of a White Cow